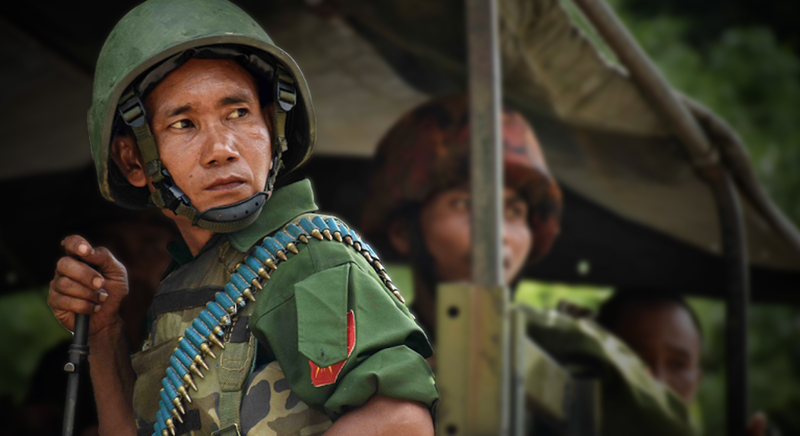 Amnesty International claims to have evidence that the Myanmar military is continuing to commit atrocities against ethnic minorities in northern Shan state and says the conflicts show no sign of abating, “raising the prospect of further violations”.

Citing “a new report”, the organisation states on its website that civilians are arbitrarily arrested, detained and tortured by the military and ethnic armed groups seeking to exert control in the region.

“Civilians who spoke to Amnesty International repeatedly implicated the military’s 99th Light Infantry Division in many of the violations, such as atrocities against the Rohingya in Rakhine state since August 2017, as well as in war crimes and other serious violations in northern Myanmar in 2016 and early 2017.

“Soldiers have detained civilians, often torturing or subjecting them to other forms of ill-treatment. Most were accused of having links to specific armed groups, based solely on their ethnicity. Civilians are increasingly caught between ethnic armed groups who abduct, detain and sometimes torture men and boys, often accusing them of supporting a rival armed group.

“Thousands have been forced to flee their homes in the last year as the fighting moves closer to villages. Many people have been displaced multiple times. One woman told Amnesty International she had fled her home four times in March 2019 alone.

“Violations have continued even after the military announced a unilateral ceasefire, since lapsed, in December 2018. A recent escalation of fighting in the region – which the government has linked to illegal drug trafficking but which ethnic armed groups attribute to ongoing military offensives – has brought new reports of violations. Meanwhile, progress on the country’s stalled peace process looks unlikely as all sides gear up for general elections in 2020.”