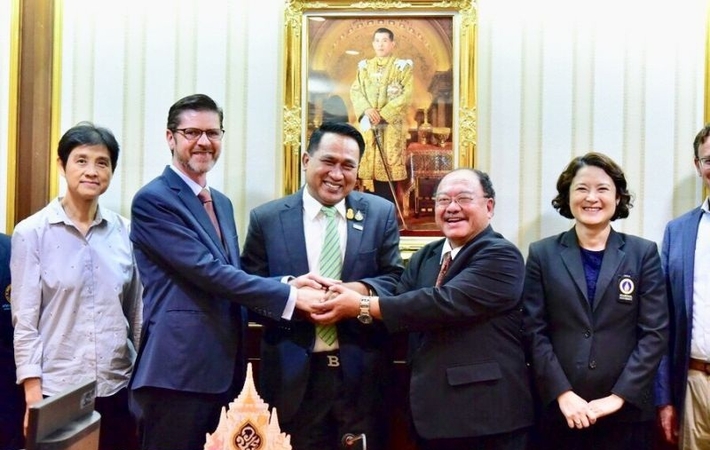 The director general of Department of Livestock Development, Sorawit Thanito, presided over a meeting on Thursday (October 24) to discuss the potential of looking after wildlife.

“The department will support, help and develop operations on providing healthcare for wildlife. The aim is to also promote Mahidol University’s Faculty of Veterinary Science to establish an OIE [World Organisation for Animal Health] reference centre in the future,” he said.

He also suggested that networks of wildlife working groups in Thailand for laboratory diagnosis and epidemiologists for disease surveillance in wildlife should be established.

“The establishment of these networks will possibly require cooperation from relevant government agencies such as the Department of National Parks, Wildlife and Plant Conservation for strengthening the prevention of animal-related epidemics under the concept of One Health,” Sorawit added.