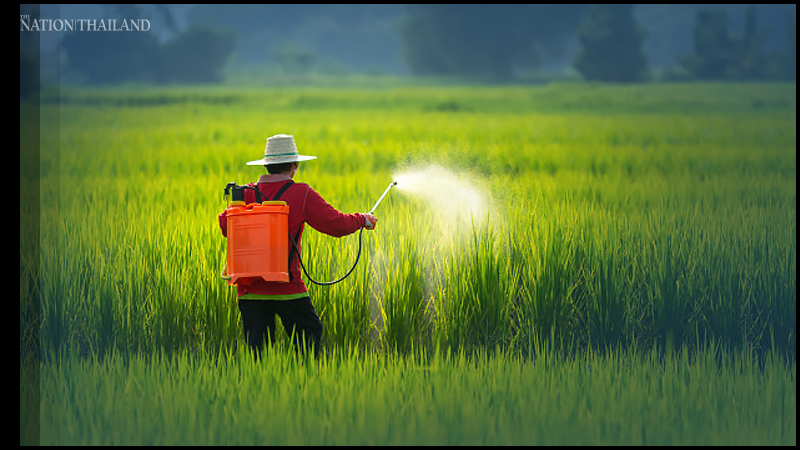 The US has urged Thailand to take scientific evidence into account and weigh the consequences of a ban on the use of glyphosate, a weed-control chemical.

Replying to questions from The Nation on Thailand’s plan to ban three farm chemicals -- paraquat, chlorpyrifos and glyphosate -- US Embassy spokesperson Jillian Bonnardeaux said: “We are aware that letters from the US Department of Agriculture to Royal Thai Government officials are currently circulating in the media in Thailand,” clarifying about news reports that the US government had sent letters to the Thai government urging a review of the ban on glyphosate used to control weeds.

“The United States would expect Thailand, as it would all of our trading partners, to base regulatory measures on scientific evidence and take into account international standards. Should the ban be implemented in Thailand, it will severely impact Thailand’s imports of agricultural commodities such as soybeans and wheat. The ban would negatively impact both Thai farmers and trading partners,” she noted.

She cited the Joint FAO/WHO Meeting on Pesticide Residues (JMPR) in 2016 had reaffirmed that dietary exposure to glyphosate does not pose a risk to consumers. The Codex Alimentarius Commission subsequently reaffirmed all existing glyphosate maximum residue limits (MRLs). US Environmental Protection Agency (EPA) in December 2017 released its draft human health risk assessment, concluding glyphosate poses no meaningful risk to human health when used as authorised. The EPA’s findings are consistent with scientific reviews conducted by others including Japan, the European Union, Australia, and the FAO/WHO JMPR, she said.

“Glyphosate bans will not improve food safety, or the safety and sustainability of agricultural practices. Without glyphosate, farmers and communities will have a harder time managing weeds in a sustainable and efficient manner, leading to higher energy use and higher production costs for smaller harvests,” she added.

Thailand’s National Committee on Hazardous Substances had voted on October 22 to ban the three toxic farm chemicals effective on December 1.