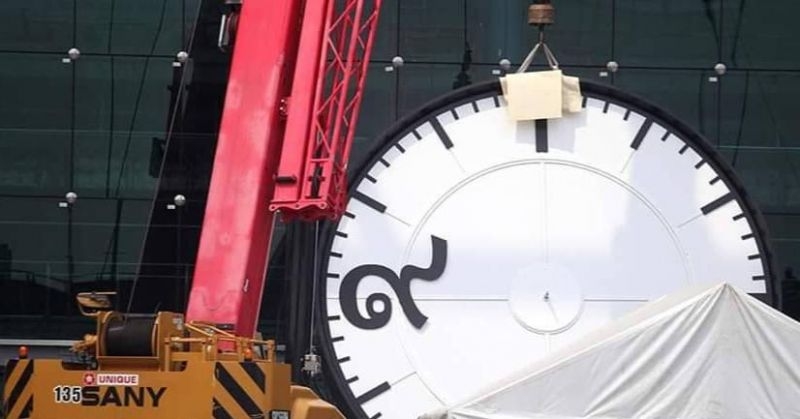 A giant clock highlighting only the number “9" to commemorate the memory of His Majesty King Maha Bhumibol Adulyadej was installed on Saturday in front of the dome of the Bang Sue grand railway station construction site.

The clock, built by US manufacturer Electric Time Company, has a diameter of six meters and is decorated with only the number 9, in memory of King Rama IX.

The Bang Sue station, whose construction is underway, will replace the Bangkok railway station (Hua Lamphong) and will also be the biggest train station in Southeast Asia when completed. Construction began in 2013 and it is scheduled to open in 2021.