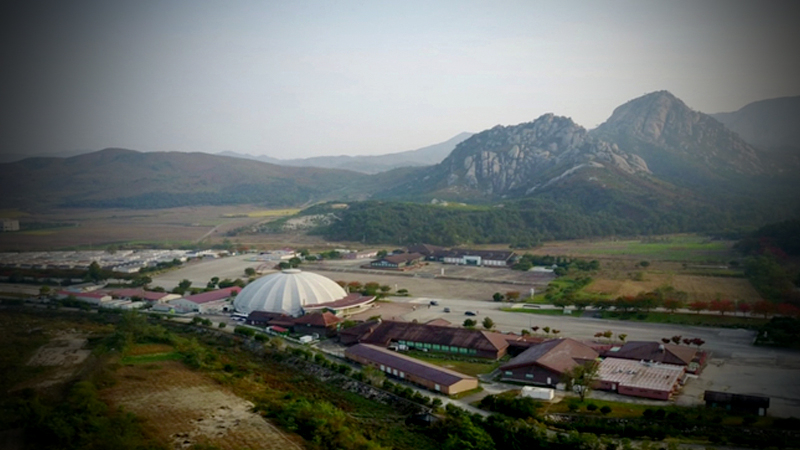 South Korea offered Monday to hold working-level talks with North Korea about a long-suspended tour program at the North's Mount Kumgang, after Pyongyang demanded Seoul remove all of its resort facilities from the mountain in a threat to end the joint business.

The North made the demand Friday, following up on leader Kim Jong-un's directive that all South Korean-built facilities should be removed from the mountain resort and the North should build an international tourist zone of its own there.

The order was seen as an ultimatum designed to test Seoul's willingness to restart the project before he seeks development on his own as the South is unlikely to resume the program anytime soon due to international sanctions on Pyongyang.

On Monday, the South made a counterproposal calling for talks.

"The government proposed that a working-level meeting be held between authorities (of the two sides) to discuss the issue raised by the North and the issue of Mount Kumgang tourism," unification ministry spokesman Lee Sang-min told reporters.

Lee said that the dialogue offer was made through the joint liaison office in the North's border town of Kaesong. Should such talks be held, officials of the South Korean tour operator, Hyundai Asan, will accompany government officials to discuss a "new direction of development" of the project, Lee said.

Lee also said the South did not fix a date or the venue for the proposed talks.

"It is the government's consistent position that all pending issues in inter-Korean relations should be resolved through dialogue and consultations," Lee said, stressing that it would hurt inter-Korean relations if the North takes a "unilateral measure" against the property rights of South Korean businesses.

It is unclear whether the North will accept the dialogue proposal.

In Friday's message, the North demanded that the South come and take out all resort facilities on an agreed-upon date and said details can be discussed in writing, rather than face-to-face talks, in a demonstration of its hard-line stance on the issue.

Launched in 1998, the tour program to the North's mountain was regarded as a major inter-Korean cooperative project, but it was suspended in 2008 after a female tourist was shot to death by a North Korean guard.

Lee said situations have changed compared to when the tour program started or when it was suspended, stressing that such circumstances should be comprehensively reviewed in devising new solutions for the inter-Korean project. (Yonhap)