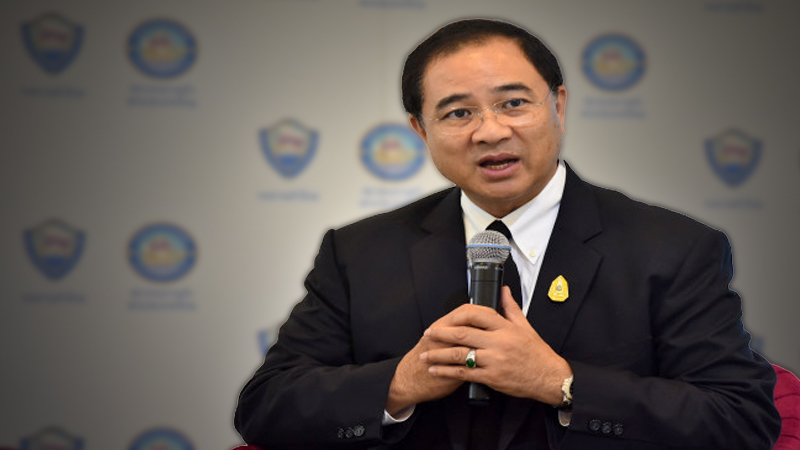 Kalin Sarasin, chairperson of the Thai Chamber of Commerce (TCOC), said on Monday (October 28) that the TCOC would be urging the government to negotiate with the United States regarding Washington’s decision to suspend its Generalised System of Preferences (GSP) to Thailand in six months, saying it would have a major effect on several industries and the export sector.

“The private sector is studying the possible impacts on its respective industries, as they fear the GSP suspension will affect both Thai-owned and foreign companies located in Thailand,” he said.

Meanwhile, Poj Aramwattananont, president of the Thai Frozen Foods Association (TFFA), said that the association is studying the 20-page GSP suspension document in detail before deciding which products and industries will be affected. “A preliminary study shows that the affected products are in the fish and cuttlefish groups,” he said. “Shrimps should be fine as they already have 0-per-cent tariff.”

Kanyapak Tantipipatpong, present of Thai National Shippers' Council (TNSC), said that the GSP suspension will surely affect the Thai fishery industry but the level of impact required further study before an accurate estimation could be made. “Thai exporters may need to find alternative markets to sell their stock, and we need to hurry as we only have 6 months,” she said.

“Without the GSP, Thai products will be taxed an additional 1-5 per cent. However, TNSC is confident that Thai exporters will eventually adapt, as we lost GSP from the EU when our NI per capita increased and it took Thai exporters only 2 years to adapt, Kanyapak added.

Meanwhile, Assoc. Prof. Dr.Aat Pisanwanich, director of the Centrre for International Trade Studies (CITS), University of the Thai Chamber of Commerce, said that the US’ GSP suspension will affect approximately one third of Thai exports to the US, and urged the government to seek an explanation for the reason behinds this measure. “It doesn’t make sense that US cited Thailand’s failure to improve its labour rights to meet international standards, as the government already raised the rights and freedom of alien workers to match those of local workers a long time ago.”

The CITS director also added that China and Japan should serve as alternative markets to the US since the demand of seafood in both countries is still high.

Related Story: Many Thai products to lose GSP privileges in the US