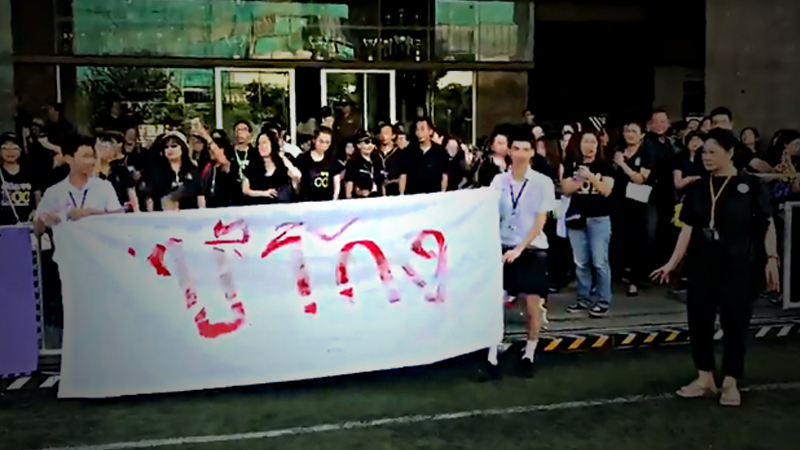 Teachers, present and former students and parents gathered at Bangkok Christian College today to protest the suspension of former school director Supakit Jitklongsap who they say was dismissed unfairly. They vowed to continue their protest until such time as the present director of the school and the Church of Christ in Thailand clarified the issue. The demonstrators held signs demanding the removal of the present director, further raising the tension.

One of the parents told reporters that Supakit was unfairly dismissed and that this matter could only be resolved by the appointment of an investigating committee to ensure justice was done. The parent also demanded to be told the details of his suspension since most students disagreed with his dismissal resulting in many students not wanting to return to the school. For now, more than 4,000 parents out of the total 5,000 are showing their support by refusing to pay tuition until the matter is resolved.

Surin Anuchiracheewa, the school’s deputy director, said that he wasn’t aware that the rally, which was organised two days ago on Facebook, would take place today.

Banjong Chompoowong, the present director of Bangkok Christian College, also said he was unaware of the protest. He was away from the premises due to an urgent meeting and was not sure when he would be available to return. He added that he was temporarily responsible for the school and must take steps to ensure it ran as normal.