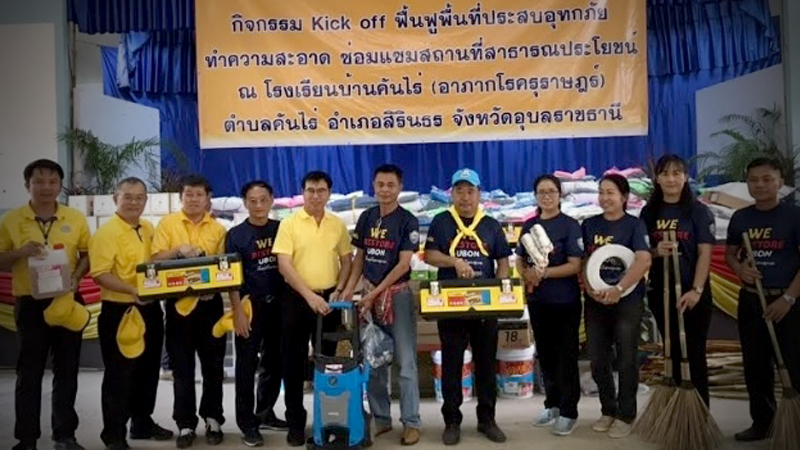 The Electricity Generating Authority of Thailand (Egat) has teamed up with local authorities and the residents of Sirindhorn district in Ubon Ratchathani to rehabilitate the areas which were hit by floods.

“We provided 179 aid packages for citizens in tambon Khan Rai and donated Bt300,000 to buy supplies to fixing the electrical system and clean the area. We also donated provided 30 sets of household medicines and 1,000 bottles of EM water,” he said.

“Moreover, we released 2,500 fish and 150,000 of shrimps into the canal and operated mobile dental units for citizens in the area,” he added.