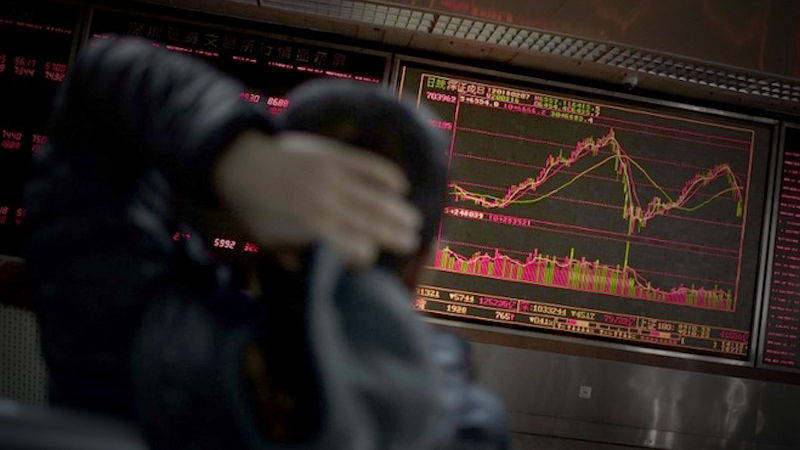 A trade war between the world’s two largest economy and an uncertain global economic situation has prompted countries across Asia to take numerous steps to entice foreign investment and businesses.

The 2020 World Bank Doing Business rankings released last week, points to increased competition across the region and an easing of previously prohibitive regulations. Singapore has for the second successive year been ranked No. 2 globally (after New Zealand) and it tops the Asia Pacific region.

With its business-friendly environment, world-class infrastructure and one of the better tax frameworks in the world, the city-state is considered the ideal place for investors to enhance their business and presence in Asia.

Enforcing contracts has been made easier with Singapore introducing a consolidated law on voluntary mediation. The country’s high ranking is also thanks to factors such as cross-border compliance. For example, export border compliance times in Singapore average just 10 hours.

But it’s the three biggest economies in Asia which have shown the most improvement in the top half of the rankings.

Despite its trade war and the troubles in Hong Kong, China has jumped 15 places from 46 to 31 in the Doing Business rankings, with Hong Kong SAR also improving its rank from 4 to 3.

The fact that the rankings are benchmarked to May 2019, before the fall-out of the trade war intensified and protests in Hong Kong began, would have had some impact. But it has been China’s willingness in recent years to initiate reform in the 10 areas – each consisting of several indicators – captured by the DB report which have resulted in its move up the list.

As a result, obtaining the company seal is now fully integrated into the business registration one-stop shop, authorities in Beijing and Shanghai have simplified the process of obtaining a construction permit, customers can now apply online for new electricity connections and paying taxes has been made easier by implementing a preferential corporate income tax rate for small enterprises, reducing the value added tax rate for certain industries and improving the electronic filing and payment system.

Other initiatives include the easing export/import thanks to advance cargo declaration, upgraded port infrastructure, optimized customs administration and the publishing of fee schedules.

Pre-protests, Hong Kong’s reputation of being a place with a favourable business environment for overseas companies to set up their regional headquarters and offices had been enhanced.

The emphasis by PM Narendra Modi on improving the business environment and burnishing his reformist credentials have made a difference. Recent moves by the government include a massive slash in corporate tax rates and positive noises about divesting government equity in India’s exchequer-draining public sector enterprises, which followed the implementation of a uniform tax system nationwide GST (Goods & Services Tax) in recent years.

Specifically, authorities Mumbai and New Delhi have made it easier to obtain construction permits while nationwide starting a business has been made less costly by abolishing certain filing fees.

Exporting and importing goods has also been facilitated following the integration of several government agencies into an online system and the upgrading of port equipment and infrastructure. Since 2003-04, India has implemented 48 reforms captured by Doing Business.

But it’s relatively easier to move up rapidly in the bottom half of the rankings with an emphasis on picking the low-hanging fruit to help raise investor sentiment – for example, single window e-clearances to cut the country’s notorious red tape and signalling an intent to tackle graft in government.

The resolve shown in undertaking structural reforms in the country’s outdated labour and land laws, however, will be the key if India wishes to crack the Top-50 in the Bank’s rankings for 2021, which is the government’s aim.

Japan’s significant move up – it has risen 10 places from 39 to 29 – has been a revelation to many and has simultaneously reinforced ‘Abenomics’ domestically. PM Shinzo Abe’s prescription of unprecedented monetary easing and government spending to tackle deflation in recent years have bought the government time to implement much-needed structural reforms.

The challenge for Japan to come close to its high ranking of 13 (in 2008) in the Doing Business table is long-term growth, which has proven difficult to achieve. The failure of the Trans-Pacific Partnership to get off the ground has hampered Abe’s goals.

Economists believe the threat of deflation has resurfaced and investors, while appreciative of PM Abe’s intent to undertake structural reforms, retain a dose of scepticism.

Among high-income Asian economies in the top 10, South Korea, which has retained its number 5 position on the table, is among 70 countries to have formed regulatory reform committees in the past 10 years that use the Doing Business indicators as a key input to inform their programs for improving the business environment.

Other Asian economies in the top tier for ease of doing business include Malaysia which jumped 3 spots to be ranked 12 this year and Thailand which moved six places up from 27 to 21.

Malaysia’s steady rise in the rankings is attributable in the main to the Special Task Force to Facilitate Business (PEMUDAH). Its members comprise senior government officials and private sector business leaders and they have initiated critical regulatory reforms within the Doing Business indicator areas.

PEMUDAH was restructured in 2019 with improvements in its functions, organisation and operation to expedite resolving of issues as well as to reinvigorate its membership with broader industry expertise.

Thailand’s significant move up the rankings is seen as a consequence of two big measures: First, the Kingdom made dealing with construction permits easier by introducing legislation requiring phased inspections during construction.

Secondly, measures have been put in place to protect minority investors against misuse of corporate assets by company directors, as well as to strengthen shareholder rights, governance safeguards and transparency.

Taiwan retained its 15th spot on the table in 2020 after having dropped two places last year largely due to a corporate income tax increase.

Towards the bottom half of the World Bank’s Doing Business rankings, Indonesia (73) saw no change and Vietnam dropped one spot from 69 to 70.

Brunei at 66 is down 11 places from the previous year, the slip thought to be at least partly a consequence of the simmering row over human rights in that country and its impact on investors’ outlook on governance issues and economic stability. Bhutan (89) and Mongolia (81) too have dropped 8 and 7 places respectively from their 2019 DB rankings.

DB rankings have become so central for economies across Asia to attract investment and businesses that even countries struggling in the lower reaches of the table are making consistent efforts to improve their position.

The Philippines, which bitterly contested its 124th rank in 2019 citing what it claimed were inaccurate and understated findings especially on the ‘getting credit’ indicator, has enacted the  Ease of Doing Business and Efficient Government Service Delivery Act of 2018, which requires government agencies to process business transactions within three days.

It is significant too that apart from China and India, Myanmar and Bangladesh have been included in the Bank’s ‘Top 20 Improvers in Doing Business 2020’.

Bangladesh has drawn praise from the World Bank for making it easier for entrepreneurs to start a business, obtain an electrical connection and access credit. The country also lowered the name clearance fee for new company registration, abolished digital certification fees and reduced registration fee calculations based on share capital.

DB rankings are determined by sorting the aggregate scores on 10 topics, each consisting of several indicators, giving equal weight to each topic.