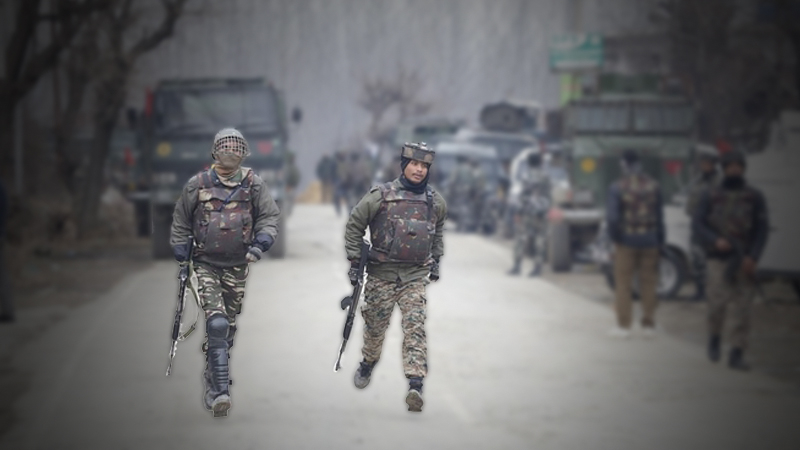 Security forces have cordoned off the area and launched a search operation. (File Photo: IANS)

The grenade attack comes a day ahead of the visit of a delegation of European Parliament to Kashmir.

At least 15 people sustained injuries after terrorists lobbed a grenade at a bus stand in Jammu and Kashmir Sopore on Monday.

Security forces have cordoned off the area and launched a search operation.

As per preliminary information shared by the Jammu and Kashmir Police, six civilians were injured in the attack.

The grenade blast comes a day ahead of the visit of a delegation of European Parliament to Kashmir.

The attack comes after six personnel of the Central Reserve Police Force (CRPF) were injured in a grenade attack by suspected militants in Srinagar on Saturday evening.

Earlier this month, at least 11 people were injured after terrorists hurled a grenade at a crowded market in Jammu and Kashmir’s Srinagar.

On October 5, at least 14 people, including two women and a policeman, were injured in a grenade attack in south Kashmir’s Anantnag district.

Monday’s grenade attack comes days after drivers of two apple laden trucks were shot dead and another critically injured on Thursday evening when terrorists attacked a convoy of trucks in South Kashmir’s Shopian district. The trucks, heading for fruit markets elsewhere in the country, were set on fire before the terrorists escaped from the spot.

The incident comes a week after terrorists killed an apple trader of Fazilka in Punjab and a labourer. With the fresh incident, seven persons, mostly from other states, connected with apple trade and transportation have been killed by terrorists.

The attacks come at a time when the Valley is gradually limping back to normalcy with the lifting of restrictions on communication and movement.

Jammu and Kashmir was put under virtual curfew on 5 August when the Modi government scrapped the Article 370 and split the state into two union territories.

Post the revocation of Article 370, militants have been resorting to civilian killings and threats to instil fear among the people so that the return of normalcy is prevented in the valley. The residents were reportedly asked to shut their shops in protest against the Centre’s move to abrogate Article 370.

Earlier in September, terrorists had barged into a house in Danger Pora village of Jammu and Kashmir’s Sopore district and opened fire injuring at least four people, including a baby.

On September 9, Jammu and Kashmir Police along with the Army and other security forces including the Central Reserve Police Force had arrested eight terrorists from the Sopore region after busting a terror module of the LeT.

Meanwhile, at least 18 terrorists were reportedly killed along with 16 Pakistani soldiers as the Indian Army launched artillery strikes on terrorist camps in PoK during the intervening night of October 19 and 20.

As per the reports, all the terror launch pads housing Jaish-e-Mohammed (JeM) and other jihadists were destroyed in the retaliatory strikes after Pakistan carried out attacks firing at Indian posts and tried to infiltrate terrorists.