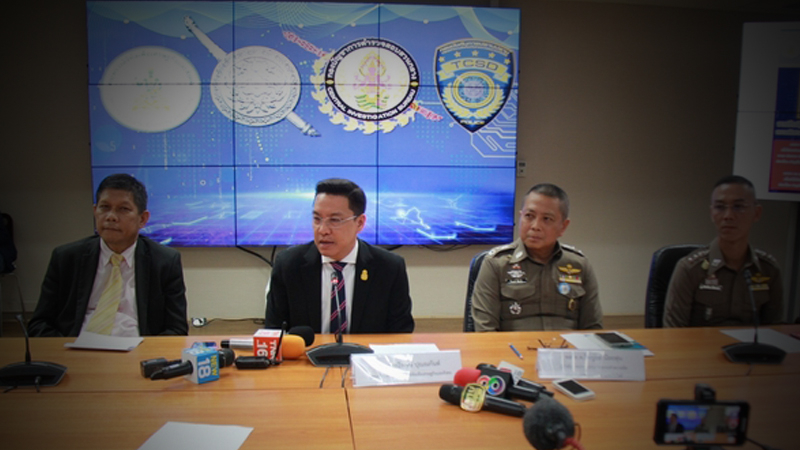 Digital Economy and Society Minister Buddhipongse Punakanta said the hacker who tampered with the registration process of the second phase of the government’s economic stimulus scheme “Eat, Shop, Spend” was arrested on October 28.

The offender, a 19-year-old Thiranat Mahattanobon IT geek from Pattani province, has confessed to hacking. Police have also confiscated 17 pieces of equipment used to tamper with the system, including three computers, SIM cards and seven mobile phones. He was presented to the press on the following day at 3pm.

The boy was arrested a few days after the ministry was informed about the incident, proving that Thailand’s cybersecurity system is still efficient and that the ministry and the Technology Crime Suppression Division (TCSD) remain strong.

Since everything happens very quickly on digital platforms, the ministry must prevent such behaviour by issuing warnings and if the incident is serious, then putting the offenders through the process of justice.

The hacker managed to slowdown the system on October 25 from 9am, but the problem was solved by 5pm on the same day.

After Krung Thai Bank learned that the registration of the stimulus package was being tampered with by someone, who kept putting himself ahead of other registrants, Finance Minister Uttama Savanayana urged the Digital Economy and Society Ministry to launch a measure to prevent future interference and guarantee smoother service.