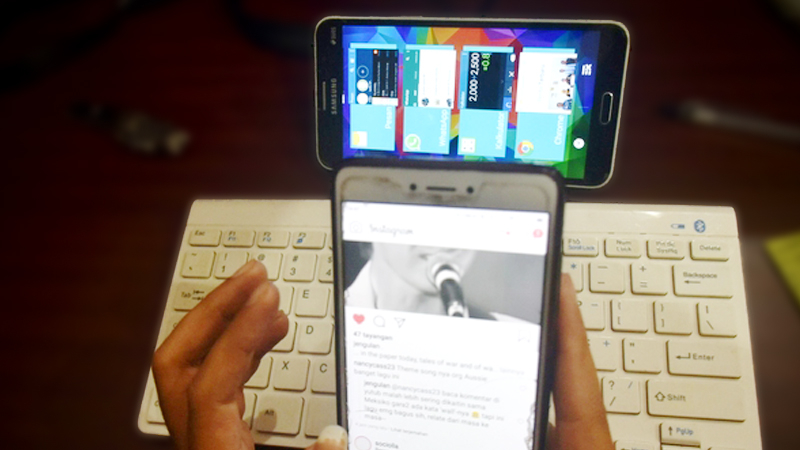 A user views his Instagram account at an office in Malang, East Java, on May 23. (JP/Aman Rochman)

The restriction of social media access during emergency situations was first imposed by former communications minister Rudiantara during post-election riots in May. It was imposed again during protests and unrest in Papua in August.

Johnny said the ministry had no other option but to restrict access during similar situations.

“Don’t start [with sensitive topics] if you don’t want restrictions. It’s also the only option during emergency situations that endanger the public,” Johnny said as quoted by kompas.com.

Johnny conceded that the social media restriction indeed violated civil rights but said it would be done temporarily.

“The Constitution respects freedom of speech. The restriction will be imposed when the situation demands it. Our purpose is to limit negativity,” Johnny said. (dpk)