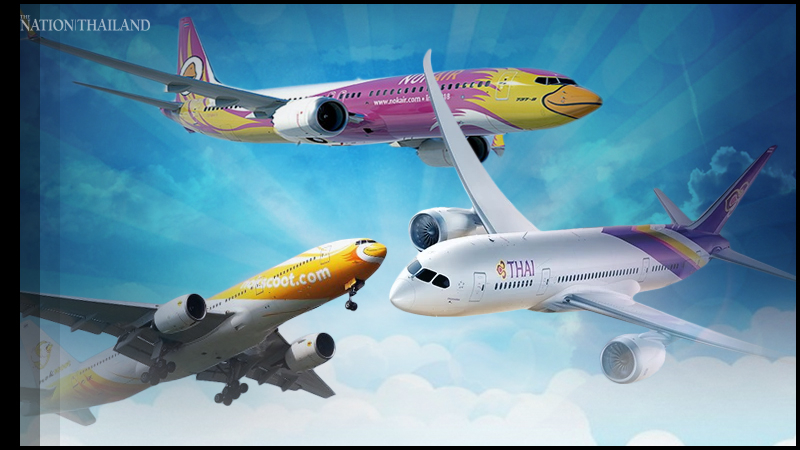 NokScoot, Nok Air and Thai Airways are all launching new routes to Japan to cater to the increasing number of Thais travelling overseas.

Some 8 million Thais headed to other countries between January and August this year and the number is expected to top 10.5 million by the end of December. Spending was also up at Bt350 billion, compared to the 9.8 million people who travelled abroad in 2018 and spent Bt300 billion. The strength of the baht, the expansion of routes and generous promotions were all cited as reasons.

NokScoot introduced a new route from Bangkok (Don Mueang) to Sapporo on October 27 with four flights a week, while Thai Airways launched its new flight to Sendai on October 29 and is offering three flights a week.

Thai Airways chairman, Ekniti Nitithanprapas called the Bangkok/Sendai service a premium route, noting that there is no competition.

“We expect that this route will generate revenue for Thai Airways which currently draws Thai and Japanese tourists and has a cabin factor up to 85 per cent,” he said. “We are also negotiating with Japan to support incentive travel for one year if the cabin factor drops below 75 per cent.”

Nok Air director, Pravej Ongartsittigul said that the airline is collaborating with the Japan National Tourism Organisation (JNTO) to open a new route to Hiroshima in December.