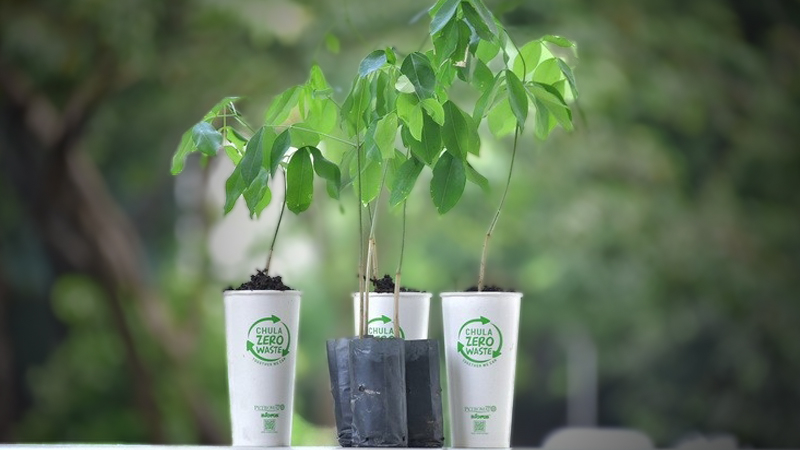 Chulalongkorn University (CU) is collaborating with Royal Forest Department (RFD) in developing paper cups coated with bioplastic to be used as pots for seedlings replacing the plastic seedling bags currently used in order to preserve the environment and reduce waste.

Prof Dr Boonchai Sathitmannaitham, deputy rector of Chulalongkorn University, has said that the university has been working with Royal Forest Department, Ministry of Natural Resources and Environment to produce paper beverage cups coated with bioplastic that degrade in the soil to serve as seedling pots. “We’ve called them the ‘zero-waste cups’ and they can be used in reforestation without leaving any harmful waste, while at the same time help reduce waste in the university, whose 17 cafeterias produce a large amount of waste daily,” he said. 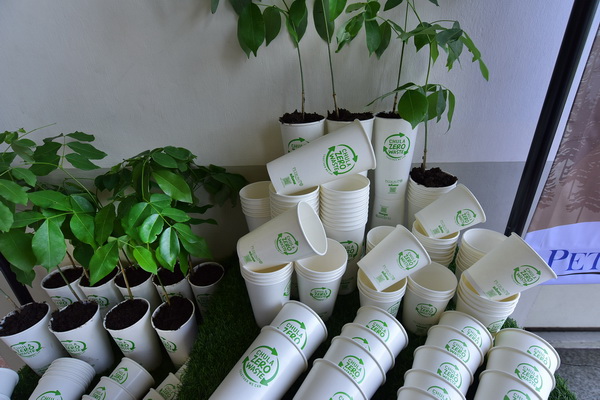 The zero-waste cup is one of the products developed by Centre of Excellence on Petrochemical and Materials Technology (PETROMAT), a research subsidiary of Chulalongkorn University.

The MOU signing ceremony between the two organizations was held at the university on Tuesday (October 29) and chaired by CU deputy rector and Poramin Wongsuwat, RFD deputy director-general. 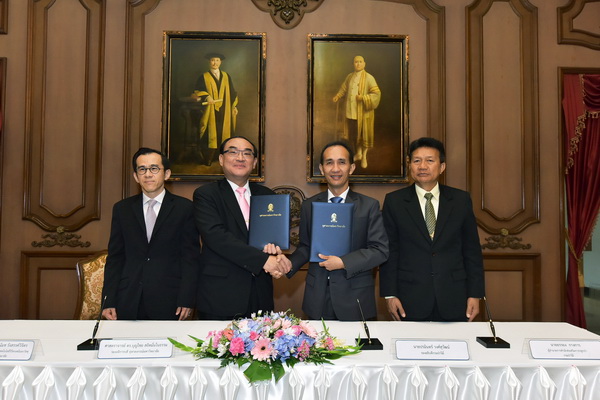 CU is also launching the “Chula Zero Waste” campaign to urge students and staff to employ the 3Rs principle (reduce, reuse, recycle) to manage waste in the university. The zero-waste cups will play a central role by replacing plastic cups in all campus cafeterias.

“The used zero-waste cups will be separated from other wastes in CU and later transported to RFD, who will use them as seedling pots for forest planting throughout Thailand,” said Boonchai. “The cups wholly biodegrade within 4-6 months, leaving behind nothing but soil improvement substances.”