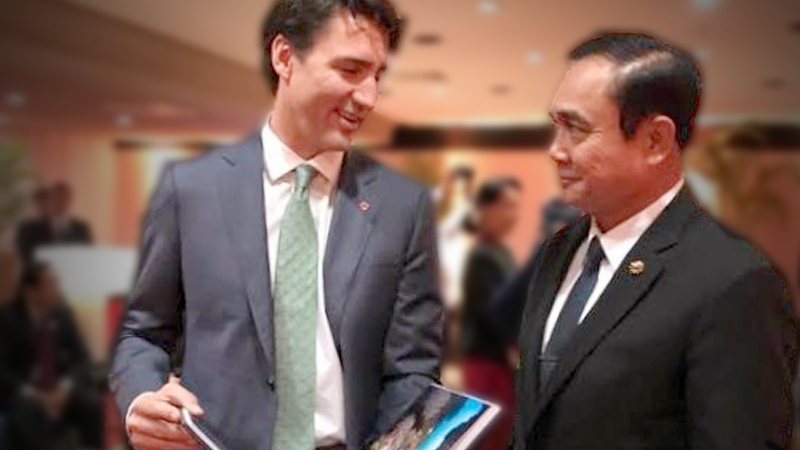 Canadian Prime Minister Justin Trudeau called Prime Minister, Prayut Chan-o-cha this morning to tell him he would be unable to attend the Asean summit being hosted by Thailand from today through November 4.

Trudeau will also skip next month’s Apec summit that was slated to be held in Chile but now looks likely to take place elsewhere as a result of the ongoing unrest.

Assistant Spokesperson to the Prime Minister's Office, Atisit Chainuwat revealed that Trudeau had called Prayut to apologise for missing the summer and explaining that he is busy shaping up his government following his recent election for a second term. He added that Prayut was understanding and congratulated Trudeau on his win.

Prayut also mentioned the direction of the Thailand-Canada relationship during the call. Canada is considering joining “Thailand-Plus-One” strategy and sub-regional cooperation. The leaders will further discuss this in the future.