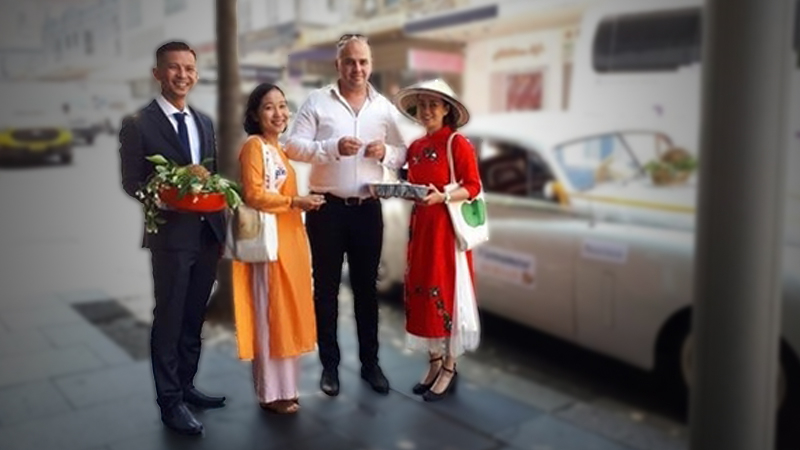 A royal antique car decorated with durian fruit and a banner reading “Vietnamese Durian” travelled around the centre of Sydney on Tuesday (October 29) as part of a promotion for the fruit in Australia.

It was the first time the fruit from Vietnam had been introduced to Australian consumers in this way.

Trinh Duc Hai, the consul general in Sydney, said that the promotion would help strengthen trade relations between the countries.

Nguyen Phu Hoa, head of the Vietnam Trade Office in Australia, said Canberra had yet to grant permission for the import of fresh durian, but frozen durian has become popular there.

If Vietnamese frozen durian could develop a unified branding strategy, it would be able to compete with other foreign durian brands, he said.