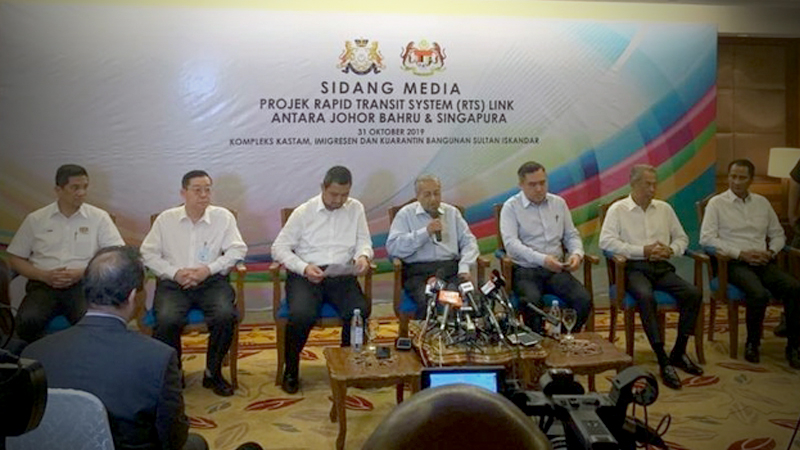 Malaysian Prime Minister Mahathir Mohamad said on Thursday that his government would ask the United States to return the haul of roughly US$700 million that the US Department of Justice (DOJ) is set to realise from fugitive financier Low Taek Jho under a deal to settle money-laundering charges involving 1Malaysia Development Berhad (1MDB).

“The assets were bought with Malaysian money. We have proof that this is Malaysia’s money. We will now make a claim to the American government,” he said at a news conference in the southern city of Johor Bahru when asked about the DOJ settlement with Low, who is also known as Jho Low.

Getting the money back, however, could take some time. Senior lawyers with direct knowledge of the Low settlement said the DOJ’s immediate priority is to crank up the heat on investment banking giant Goldman Sachs over its role as a key financial facilitator in the 1MDB affair.

Goldman Sachs, which played a central role in raising $6.5 billion in bonds for 1MDB, has found itself cornered over what has been described as the biggest case in the US anti-kleptocracy campaign launched by the DOJ.

Lawyers close to the situation said the US agency is determined to extract a guilty plea from the financial institution as part of the settlement for its role in the 1MDB affair.

The DOJ has already charged two former Goldman Sachs employees, Tim Leissner and Roger Ng Chong Hwa, over their dealings with 1MDB when they represented the investment bank. Leissner, a former top partner at the firm, pleaded guilty in August last year to bribery and money laundering. Ng has pleaded not guilty and his trial could begin next spring.

The two financial executives are widely believed to be assisting the DOJ in its pursuit of Goldman Sachs, and this is where Low is set to play an important role.

Under Low's settlement agreement with the DOJ, the businessman gave up claims to a broad array of assets to resolve in their entirety legal disputes in the district court of California over ongoing civil, criminal and administrative asset seizure cases related to the 1MDB affair. The settlement stresses that there is no admission of guilt on the part of Low and those linked to him.

But the California deal does not get him completely off the hook in the US because the financier is facing two criminal charges in the Eastern District of New York court for conspiring to violate the Foreign Corrupt Practices Act and conspiring to launder funds allegedly embezzled from 1MDB.

The two former Goldman Sachs executives were indicted together with Low in the same court and the DOJ maintains that all three men worked closely together to design the elaborate money-laundering schemes at 1MDB.

The DOJ is expected to rely collectively on Low and the Goldman Sachs executives to build a case against the investment bank in the coming months. This could involve some form of a plea-bargain deal that could see the US agency drop criminal charges against Low, senior lawyers close to the situation said.

Goldman Sachs is also facing a separate set of troubles in Malaysia, where the bank and 17 of its current and former executives are facing criminal charges.

Malaysian government sources said both parties are involved in negotiating a settlement, but there are deep differences over the sum that Malaysia is demanding from the US bank and the amount Goldman Sachs is ready to pay.

Lawyers and bankers tracking the situation said there is now pressure on Malaysia to quickly reach a settlement with Goldman Sachs, because the US bank is likely to be more concerned about its troubles in the US.