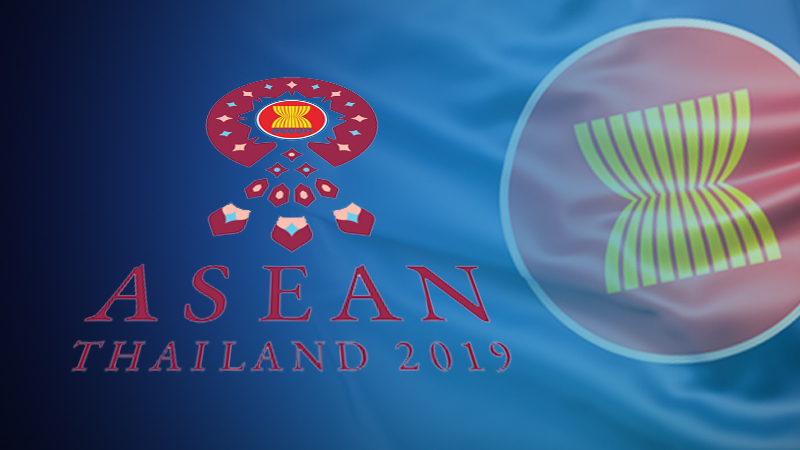 The 35th Asean Summit will be held ‪from November 2‬-4 in Bangkok.

Parliamentarians from across Southeast Asia today called on their leaders to address the most pressing challenges facing the region, including rising authoritarianism and human rights violations, when they gather in Thailand for the Asean Summit this week.

The 35th Asean Summit will be held ‪from November 2‬-4 in Bangkok, but regional lawmakers are concerned that Asean leaders will once again fail to discuss the rise in authoritarianism and lack of commitment by states in protecting human rights. Of particular concern is the ongoing human rights violations and persecution of the Rohingya and other ethnic minorities in Myanmar, the demolition of democracy and assault on dissent in Cambodia, the lack of accountability for the thousands of extra-judicial slain victims in the Philippines, as well as the continued suppression of civil and political rights and military interference in politics in Thailand, the Asean Parliamentarians for Human Rights (APHR) said.

“The list of issues that could and should be discussed at this summit is just too long, and too serious, to reel off in sufficient detail, but we all know the likelihood of any of them being addressed over the coming days is minimal. APHR and civil society organisations have repeatedly called on Asean to step up, but it has always failed to do so. Regardless of the well-meaning intentions that some of the region’s leaders may have, Asean does not provide even an inch of space for meaningful dialogue on human rights abuses against its own citizens,” said Charles Santiago, Malaysian MP and APHR chair.

Among the many concerns that require urgent regional attention, APHR has consistently highlighted Asean’s failure to respond sufficiently to allegations of genocide being committed in one of its member states and ensure full accountability for the crimes.

“The suffering of the Rohingya has no end in sight,” said Eva Sundari, former Indonesian MP and APHR board member. “Asean needs to live up to its responsibility and use its position to press Myanmar to address the root causes of the crisis, including restoring the rights of the Rohingya. Any discussion of repatriation is futile unless we listen to the Rohingya demands and Myanmar can guarantee their safety and dignity.”

APHR has documented the growing trend of judicial harassment and persecution of the opposition in Cambodia, Thailand, and the Philippines. This year, more than 50 activists and opposition members from the Cambodia National Rescue Party (CNRP) have been arrested, placed in pre-trial detention and forced to admit their “crime” for peacefully expressing their right to freedom of expression, creating an atmosphere of fear among the general public. In Thailand, the authorities must immediately lift restrictions on fundamental freedoms and end their attempts to silence the opposition and civil society. APHR also issued a report exposing the crackdown on political opponents of the Philippine government.

The parliamentarians warned Asean that by failing to live up to its stated principles of democracy and hold member-states to their commitments to human rights, the grouping could become fractured. They also stressed the important role played by the international community in pushing for greater respect for human rights in the region. Asean leaders will meet with key dialogue partners at the East Asia Summit, as well as in separate summits with China, Japan, the US, India, and the United Nations.

“Supporting authoritarian regimes that are suppressing the rights and freedoms of their people will not lead us to long-term peace and prosperity which Asean hopes to achieve. We must also not forget that Laos, Brunei, and Vietnam are no closer to opening up than they were a decade ago,” said Kasit Piromya, former Thai foreign minister and APHR board member.

“As the chair of Asean this year, Thailand should lead by example in finally speaking up, and international leaders attending the summit must urge Asean and its member states to put human rights at the forefront,” he said.