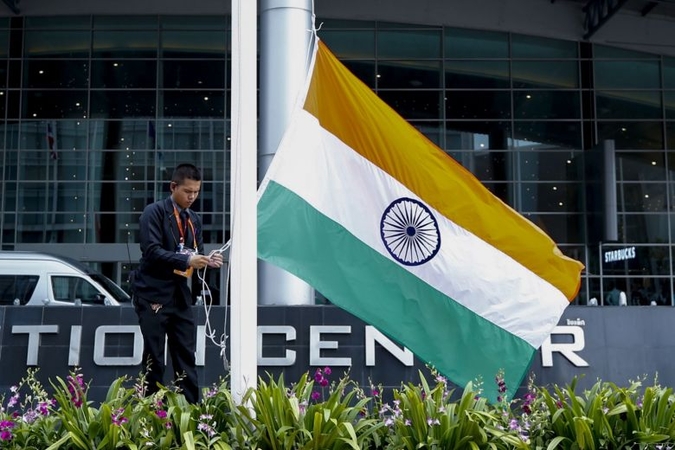 NONTHABURI - With 15 countries ready to proceed with what could be the world's largest free trade pact, India remains the last holdout before Asean and regional leaders are presented with a report on the agreement on Monday.

Philippine secretary of trade and industry Ramon Lopez, while acknowledging "substantial progress" in six-year-old talks to seal the Regional Comprehensive Economic Partnership (RCEP), told reporters just before the opening of the Asean summit on Saturday (Nov 2) that one country still needed "some consultations and confirmation from back home" before it could agree to the 20 chapters accepted by the rest.

While he refused to mention India by name, he did not protest when reporters repeatedly asked him about India's position during press conference.

Asked if the country he mentioned could be left out of negotiations, he said: "Anything is possible but the mindset right now is for everyone to be in… The intention is include all 16 so that we can have a more comprehensive, high quality (free trade agreement) in the region."

The RCEP, if concluded in its proposed form, covers the 10 Asean countries, as well as China, India, South Korea, Japan, Australia and New Zealand - which altogether contribute one-third of the world's gross domestic product.

Negotiations have been going on since 2013 but gained greater urgency after the United States pulled out of another proposed mega trade deal, the Trans-Pacific Partnership, and began waging a trade war with China that has dragged down regional economic prospects.

While Thailand, which holds Asean's rotating chairmanship this year, had initially hoped to seal the RCEP deal under its watch, it is more likely to be inked next year (2020) under Vietnam's stewardship.

Mr Lopez said on Saturday that the target now was to round things up by February next year.

"We are just on the final few pairings and products," he said. "From now until February, all these details, the negotiations should take place to… clean up the remaining pending issues on market access."

Stiff domestic opposition has kept New Delhi from committing more firmly to the free trade deal. Wary it will be on the losing end once flooded with cheap Chinese goods, it has been seeking concessions in the services sector.

In an interview with the Bangkok Post that was published on Saturday , Indian prime minister Narendra Modi said: "India remains committed to a comprehensive and balanced outcome from the ongoing RCEP negotiations."

India, he said, seeks a "win-win outcome", noting: "It needs to be recognised that opening the vast Indian market must be matched by openings in some areas where our businesses can also benefit."

Nevertheless, Prime Minister Lee Hsien Loong struck an optimistic note in his address at the plenary session of the 35th Asean Summit. "I am happy that RCEP negotiations have made significant progress, and look forward to discussing how we can complete them at the 3rd RCEP Summit on Monday," he said.

Malaysian prime minister Mahathir Mohamad, speaking earlier on Saturday at the Asean Business and Investment Summit 2019, remained similarly upbeat about the future of world trade despite the growing threat of protectionism.

"Popularism is mounting in Europe and America where there are talks about limiting trade, about trade wars and applying higher taxes for imports. But I think this will not last very long because they will understand that if they cut themselves off from the new producers, they tend to lose a lot," he said. "They cannot really stop trade from expanding and becoming multilateral."