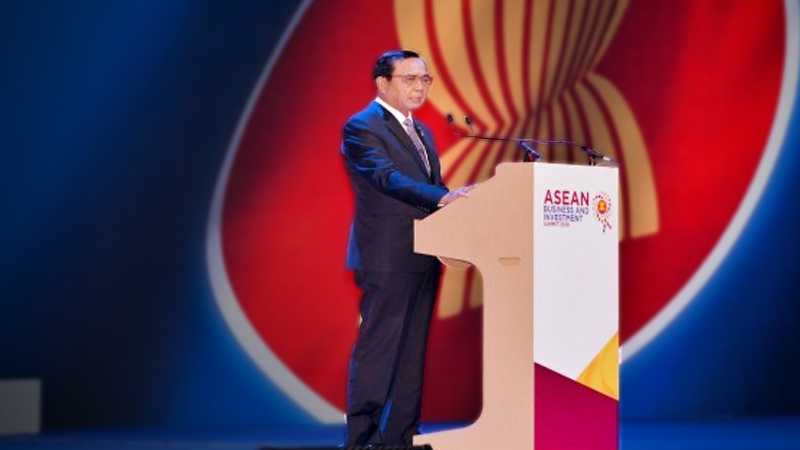 BANGKOK - Countries participating in the Regional Comprehensive Economic Partnership (RCEP) negotiations are expected to reach an agreement on a free trade deal at an early date next year, it has been learned.

This aim will be stated in a joint communique to be issued at a summit meeting in Bangkok on Monday that will be attended by Prime Minister Shinzo Abe and other leaders from the RCEP participating nations, which includes China, South Korea, India and the Association of Southeast Asian Nations.

The 16 countries, which started RCEP negotiations in 2013, have delayed the deadline for reaching a deal many times.

By including the time frame in the upcoming joint statement, the participating nations aim to prevent the talks from drifting awry, sources said.

Ministers from the 16 countries held a meeting in Bangkok on Friday, but they remained divided, with India, for instance, maintaining a cautious stance because it is concerned that drastic tariff cuts would allow cheaper products from China to flow into the country.

India’s stance has also been a focal point in the process of drawing up the joint statement, and working-level officials have been making efforts to find acceptable wording that the participating nations would agree with.

Should India change its cautious stance, the participating countries could reach a conclusion at a summit meeting on Monday.