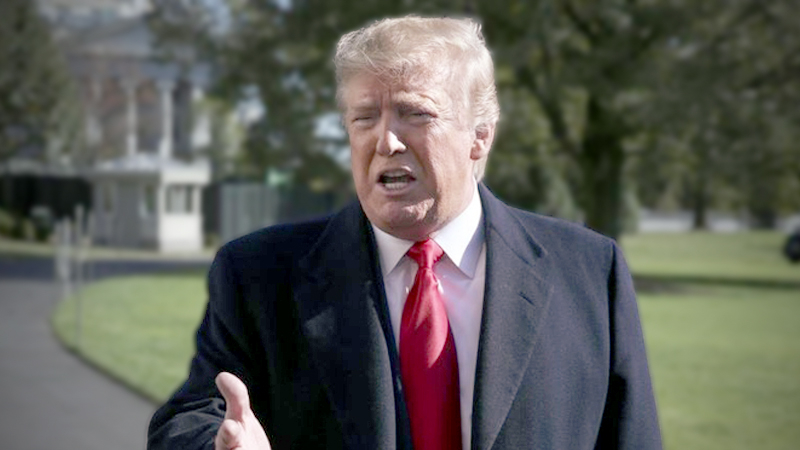 This is the second year in a row that US President Donald Trump has skipped the Asean summit. PHOTO: EPA-EFE

NONTHABURI - Top Asean leaders, including Prime Minister Lee Hsien Loong, did not attend Monday’s (Nov 4) summit with the United States, with the majority opting to send their respective foreign ministers.

Mr Lee met his Australian counterpart Scott Morrison at the time instead.

Thailand is hosting this year's Asean Summit and will hand over the chairmanship to Vietnam next year. Laos is the current country coordinator for Asean-US relations.

Washington sent a relatively low-level delegation to this year's Asean Summit - a decision that was widely perceived as a snub, given that other top leaders were present. These included Prime Minister Narendra Modi from India, Premier Li Keqiang from China, Prime Minister Shinzo Abe from Japan and Prime Minister Dmitry Medvedev from Russia.

This year, US President Donald Trump sent National Security Adviser Robert O'Brien as his special envoy, along with US Commerce Secretary Wilbur Ross.

At the Asean-US Summit, Mr O'Brien read out a letter from Mr Trump in which the President invited Asean leaders to the US for a "special summit" in the first quarter of next year.

"This will provide an excellent opportunity for us to broaden and deepen our cooperation on matters of great importance to the nearly one billion people the US and the Asean nations have the privilege to represent."

In his letter, Mr Trump also assured leaders that his special envoy was "well-placed to speak authoritatively" on issues that were of interest to both the US and Asean.

In his eight-minute speech, Mr O'Brien assured regional leaders of the "rock solid American commitment in word and deed to our friends, allies, and partners in Asean".

He also had strong words for China's behaviour in the South China Sea.

"Beijing has used intimidation to try to stop Asean nations from exploiting their offshore resources, blocking access to US$2.5 trillion (S$3.39 trillion) in oil and gas reserves alone," he said.

"These tactics go against the rules of respect, fairness and international law. The region has no interest in a new imperial era where a big country can rule others on the theory that might makes right."

He stressed that the US played an important role in helping Asean nations uphold sovereignty through efforts such as security assistance and joint navy exercises.

On Sunday, wire agency AFP quoted a senior White House official as saying that both Mr Trump and Mr Pence were unable to attend because they were "very engaged in campaigning" for a string of governors' races.

The official added that Mr Trump trusted Mr O'Brien "to go out and take care of big problems and small problems".

The US has reportedly taken issue with what it saw as Asean leaders’ “intentional effort to embarrass” President Trump at the summit.

This is the second year in a row that Mr Trump has skipped the summit. Vice-President Mike Pence attended last year's meeting in Singapore.

In contrast, Mr Trump's predecessor Mr Barack Obama attended every Asean-US and East Asia Summit from 2011, with the exception of 2013 when he was forced to cancel to deal with a partial government shutdown at home.

The Asean leaders’ decision to send their respective foreign ministers to the Asean-US summit could be interpreted as “a strong rebuke of US inattentiveness to the region”, noted Dr Tang Siew Mun, who heads the Asean Studies Centre at ISEAS - Yusof Ishak Institute.

He added that the invitation to the “special summit” would normally be seen positively, but took on a different meaning in this context.

“In light of the diplomatic fiasco in Bangkok, the invitation may be viewed as a ‘consolation prize’ for Trump’s no-show at the Asean-US Summit and East Asia Summit,” Dr Tang said.

From a practical standpoint, the logistics of organising this summit at such short notice would also have to be worked out, given that meetings are typically planned months in advance.

“Besides logistics issues and canvassing the availability of the Asean leaders, both sides have to work out an agenda and agree on the deliverables of the summit,” Dr Tang said. “With President Trump fighting impeachment charges in Congress in the coming months, how much time and attention can he and his senior staffers devote to the proposed Asean-US Summit?”