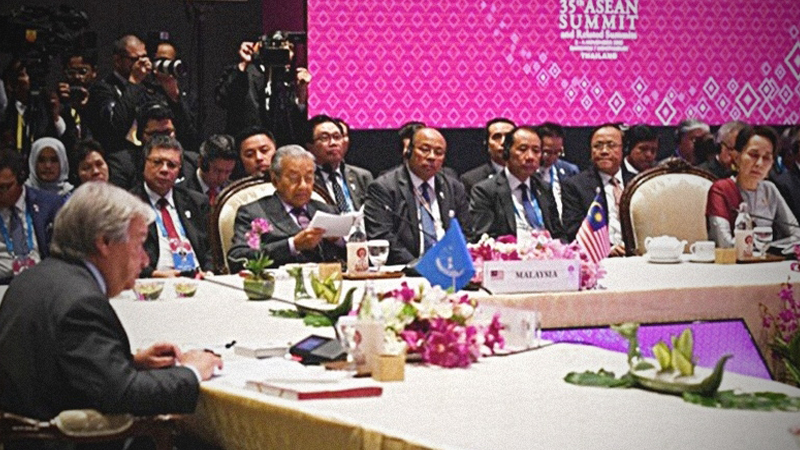 Guterres has repeatedly asked Myanmar to provide guarantees that the Rohingya, who have been consistently oppressed and were driven out of the country by military operations, could safely return.

The UN secretary has expressed his deep concern about the fate of this Muslim population after the violence in Rakhine state in 2017 forced more than 740,000 Rohingya to flee and take refuge in a camp in Bangladesh.

Myanmar refuses to accept the Rohingya as citizens, simply saying that it would welcome those who were able to accept the official status below full citizenship and to live under strict security.

Until now, relief workers and reporters are still forbidden to enter most areas of Rakhine state, damaging Suu Kyi’s image as a human rights advocate in the eyes of westerners and earning her criticism for her failure to use her power to protect the Rohingyas and prevent ill-treatment of minorities.

Moreover, Suu Kyi has faced pressure from Asean members, mostly from Muslims countries such as Malaysia and Indonesia after the Asean report said that the attempts to send Rohingya refugees back to Myanmar might take 2 years more.

Before the Asean leaders' meeting began, the Rohingya Association in Thailand issued an open letter asking the Myanmar government to assure the safety and welfare of the Rohingya people who would return to Rakhine State as well as those who would decide to live outside the country. The association also requested Myanmar to grant civil rights and create an official process to prove citizenship for Rohingya people.

However, there was no mention of the Rohingya in the 35th ASEAN Summit’s agenda due to a strong demand from Myanmar representatives not to include it.

Myanmar was upset by US sanctions against its military leaders who were involved in the Rohingya attacks in August 2017 resulting in the Rohingya fleeing from northern Rakhine state to Bangladesh.

Many countries, including the United Nations, have criticised and condemned the Myanmar army for many human rights violations including attacking the Arakan Rohingya Salvation Army (ARSA) in response to its assault. Some consider the attacks on the Rohingya as genocide.

The Bangladesh government is putting pressure on the refugees and Myanmar after a second failed repatriation in August due to the unresolved security issues in Rakhine state.