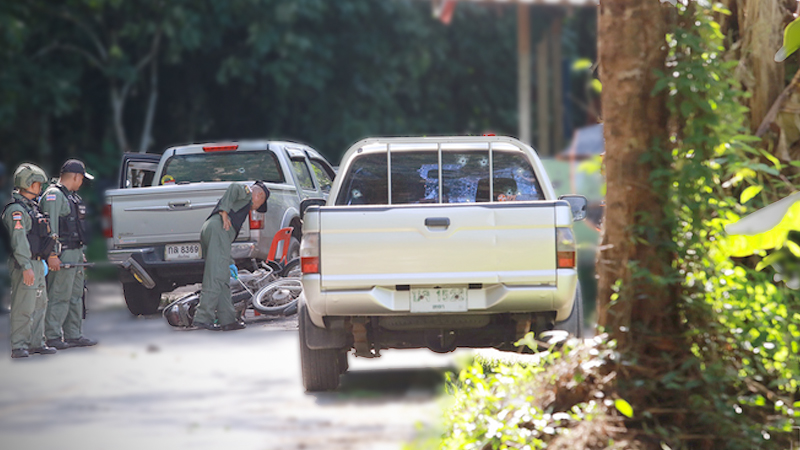 Police and rescue workers were called to investigate a shootout at the security checkpoint in the Lamphaya area of Yala’s Muang district at 11.20 Tuesday night (Nov. 5). Witnesses reported that at least 10 gunmen used firearms to attack the checkpoint, which was manned by staff of the village headsman’s office and villager volunteers.

Police found 11 bodies in the vicinity of the checkpoint. Guns from the armory were reported missing along with the standard-issue pistols used by deceased security checkpoint staff. Police speculated that gunmens’ motive was to steal firearms. They also found burning tyres on the road, presumably put there by the gunmen to deter pursuit. 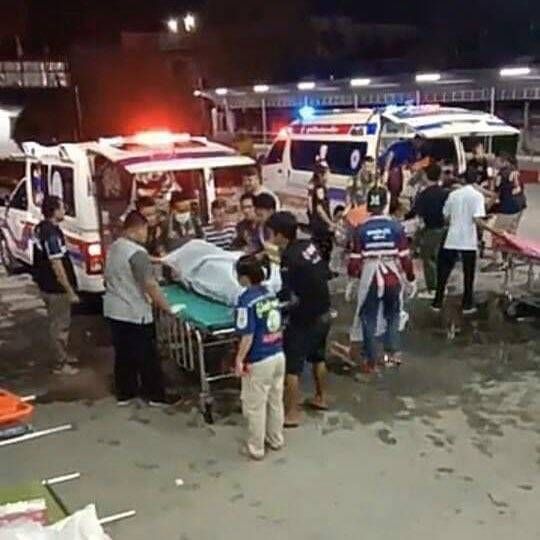 In addition to the 11 victims found dead at the scene, 4 who were critically wound and rushed to Yala hospital later died. Five individuals sustained non-critical juries.

Police and medical examiners are gathering evidence to identify the 15 deceased, which from preliminary reports, comprise 11 men and 4 women, most of them villager volunteers.

Meanwhile, Lieutenant General Kongcheep Tantrawanich, Ministry of Defense's spokesman announced on Wednesday (Nov. 6) that Prime Minister and Minister of Defense General Prayut Chan-o-cha expressed his condolences to the victims' families and ordered related agencies to track down the gunmen and bring them to justice as fast as possible.