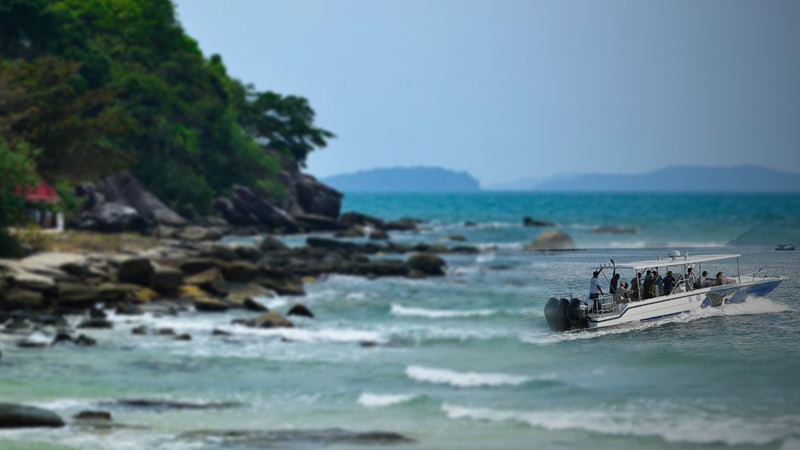 The family of British tourist Amelia Bambridge decided not to repatriate her body to her home country, and cremated her at the Teuk Thla pagoda in Phnom Penh after they accepted the Cambodian police report that there was no foul play and her death was caused by drowning. Bambridge drowned off the coast of Preah Sihanouk province last week.

Deputy National Police chief In Bora said Bambridge’s family had decided to cremate the body in Cambodia because they accepted that she had died from drowning, rather than under suspicious circumstances.

“Initially, the family wanted to send the body to Britain with the approval of the British Embassy.

“But following the autopsy, where it was established that there was no criminal aspect to her death, they decided to have the cremation in Phnom Penh and take the ashes back home,” he said.

military police and police divers, the body of 21-year-old Bambridge was found in the sea some 50km from Koh Rong last Thursday – a week after her disappearance upon leaving a beach party on the popular holiday island.

National Police spokesman Chhay Kim Khoeun told the Post on Sunday that Bambridge likely went for a swim after getting drunk at the party, leaving her bag on the beach.

“She was probably drunk and unaware that the spot she was swimming in was deep. Based on our experts’ analysis there is no trace of rape or any tussle,” he said.

Bambridge, from Worthing, a seaside town south of London, was last seen leaving the party on Police Beach at around 3am on October 24 to return to her hostel, the Nest Beach Club, around 1.8km away. She failed to arrive and was reported missing.

The young woman’s backpack, containing her mobile phone and ATM cards as well as money, was found on a rock close to the sea.

Her decomposed body was seen floating near the Thai maritime border a week later and brought to the Preah Sihanouk provincial hospital for an autopsy.

Preah Sihanouk Provincial Hall spokesman Kheang Phearum said on Wednesday that after being examined, the body was handed over to her family on Friday and was sent to the capital to be cremated.

“The family asked for her corpse to be taken to Phnom Penh, so they are the ones who made the decision,” he said.

Amelia’s brother, Harry Bambridge, who was in Cambodia to help in the search effort, posted on Facebook on Monday that a funeral would be held in Worthing on Friday.

Redshaw thanked the Cambodian authorities for their efforts in finding Bambridge’s body.