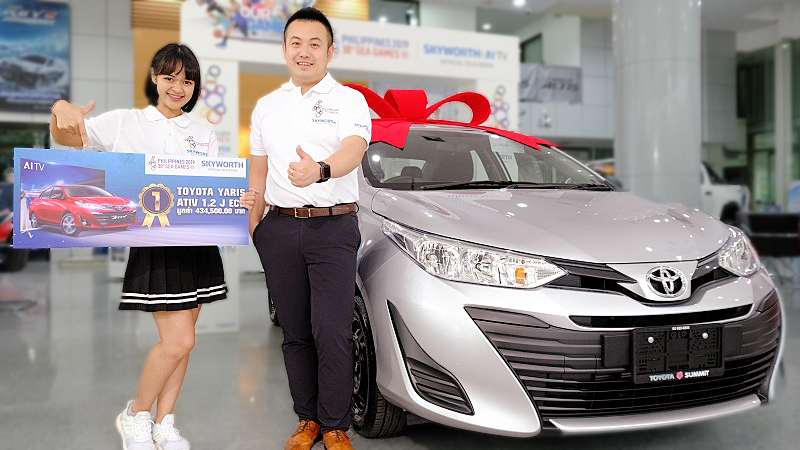 Skyworth (Thailand) Co Ltd has launched the second phase of its "Cheer Thai with Skyworth" campaign to drive sales in the last quarter of 2019 and early next year.

The company is the manufacturer and distributor of Skyworth television sets, a pioneer in Artificial Intelligence of Things (AIoT) on screen and a best-selling brand in China.

In the second phase of the “Cheer Thai with Skyworth, Win prizes worth Bt800,000” campaign, customers who purchased a Skyworth television from November 1, 2019 to January 25, 2020 stand a chance to win a Toyata Yaris 2019 model and 56 other prizes worth a total of Bt800,000. They will have to submit the receipts of their purchases.

Skyworth, said managing director of Skyworth (Thailand) Wang Jing, has been a leading manufacturer and distributor of multimedia devices and television sets for 30 years. After the initial success of the "Cheer Thai with Skyworth" campaign, the company decided to continue expanding its customer base with the second phase.

Customers can also join in the campaign by scanning QR Code, registering on www.skyworththailand.com by filling name, address, phone number, model of the purchased TV, and uploading a photo receipt of the Skyworth product.