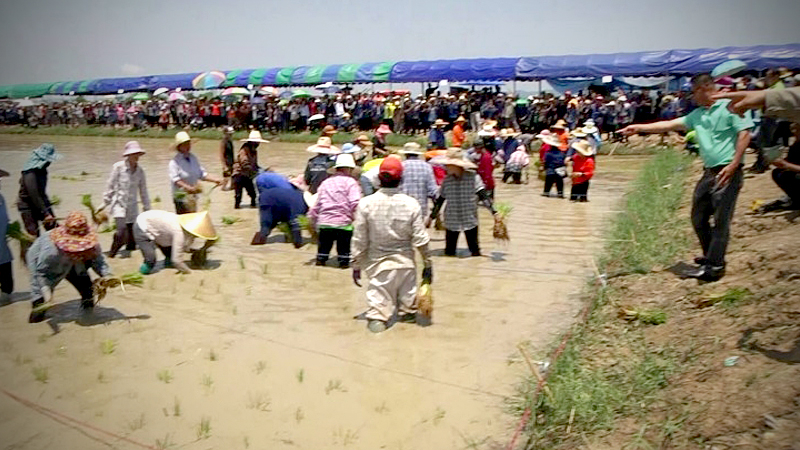 The OAE expects the 2019 GDP to grow 0.5 to 1.5 per cent year-on-year, after the agriculture sector was hit by tropical storms Podul and Kajiki.

The office estimates that agriculture GDP, after taking into account crops, fisheries and agriculture services, is likely to increase in the future. In contrast, the livestock part of GDP has slowed down because of decreasing pork products caused by the reduction in farming and hog cholera.

“The main factors supporting agricultural GDP are the continued implementation of the water management policy, promotion of technological integration in raising the quality of products, and production management to meet market demand,” Rapibhat said.

Meanwhile, the OAE director of agricultural development at the policy and planning division, Pollachet Tracho, explained that crops grew 1.6 per cent, agricultural services 2.5 per cent, and forestry 1.8 per cent, while a part of livestock and fisheries declined 0.5 per cent and 0.3 per cent, respectively.

The growth of crops was from an increased amount of rubber, palm and cassava on the market. However, the amount of in-season rice in the last quarter decreased due to late rains in the beginning of the farming season and storm Podul.

Rice and maize prices increased during the July-September period due to a low amount of the products on the market. Meanwhile, cassava, rubber, palm, mangosteen and rambutan prices dropped because of a large market volume, he added.