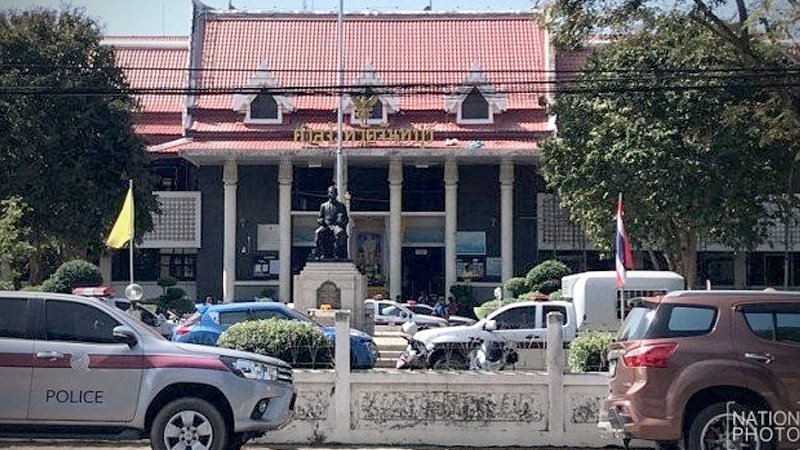 Surveillance footage has shown how Pol Maj-General Thanin Chantharatip, who yesterday shot and killed a lawyer and injured four others at the Chantaburi Provincial Court, was able to smuggle a firearm into the building.

On Wednesday (November 13) Sarawut Benjakul, secretary-general of Office of the Judiciary, showed reporters footage from CCTV cameras. These show Thanin arriving early at the court and waiting at the front gate. As security guards stand to attention for the national anthem, he passes through the security gate.

Police said Thanin, who died later at hospital after being shot by officers, was stressed over a long-standing dispute with another party over 3,800 rai of real estate worth a total of Bt300 million in the Makham, Khao Khitchakut and Tha Mai districts of the province. The security of the court has been called into question.