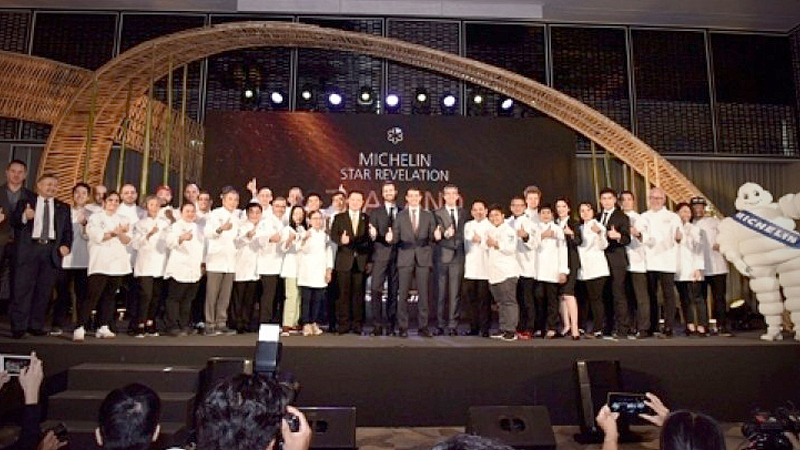 Tourism Authority of Thailand (TAT)’s governor, Yuthasak Supasorn says he will use the total of 34 stars awarded to 29 restaurants in the 2020 edition of the Michelin Guide to promote Thailand as a gourmet tourist destination, after seeing an increasing trend of food tourism.

Five restaurants now have two Michelin stars, 24 restaurants, including four new eateries, hold one star and 94 restaurants are recognized with the Bib Gourmand award. As has been the case for the last two years, no three-star accolades were awarded.

“The highlight is that two traditional Thai restaurants R-Haan and southern food eatery Sorn have been awarded two Michelin Stars” the governor added. “Earning three stars is not easy but what’s important is that Michelin’s recognition has helped improve Thai food in both standard and service”.

TAT is planned to promote food tourism in Chiang Mai and urges Thais and foreigners to visit the 17 Bib Gourmand awarded restaurants in the northern capital..

“Food tourism is a significant part of TAT’s ‘Amazing Thailand Open to the New Shades’ campaign, which uses Michelin recognition to promote Thailand as an international food destination,” Yuthasak said.

Meanwhile, R-Haan’s owner and chef, Chumpol Jangprai has discussed with the Ministry of Agriculture and Cooperatives to use the winning restaurants to promote cooking ingredients and products from Thailand.

“I am confident that Thai farmers can produce quality products to serve global market, and want the government and Michelin’s chefs nationwide to join forces to organise road shows of Thai agricultural products. This will pull Thai food into a top five along with French, Italian, Chinese and Japanese food,” he said.