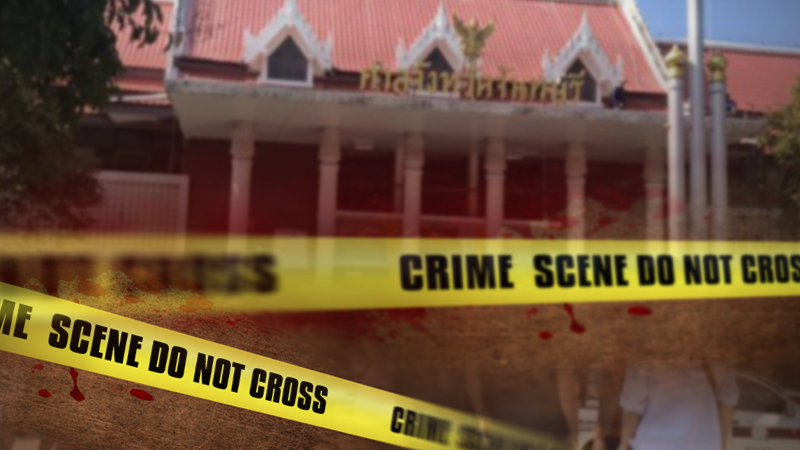 Chanthaburi courthouse clerk Thanakorn Therawarodom has been charged with attempted murder after he snatched a gun from police and allegedly fatally shot Pol Maj-General Thanin Chantharatip who on Tuesday allegedly went on a shooting spree in the court, killing two people and injuring two.

Deputy police spokesman Kritsana Pattanacharoen, while briefing about progress in investigations into the shooting incident, said on Wednesday (November 13) that Thanakorn was arrested in the morning when he left the court.

Retired senior policeman Thanin, 67, a former inspector-general at the Royal Thai Police Office, was a defendant in a civil lawsuit filed by Bancha over land measuring about 3,800 rai in Tambon Khao Kaeo, in the Tha Mai district of Chanthaburi province.