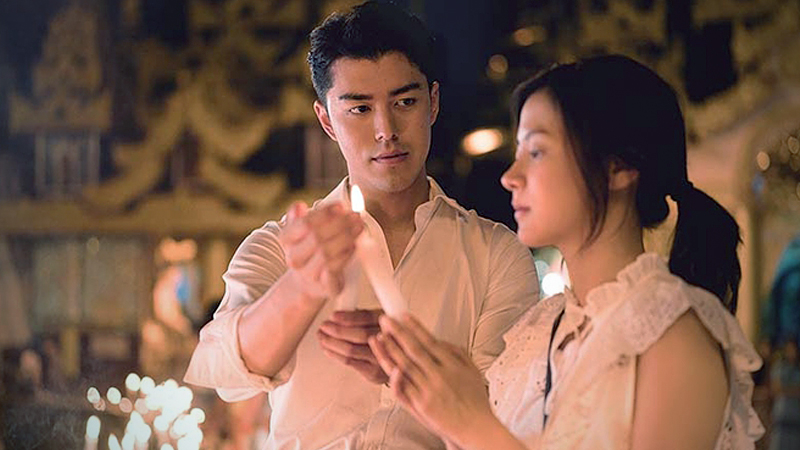 Scene from the film 'Friend Zone'

Seoul - Thai movie “Friend Zone” will be screened at a film festival being organised showcasing works from Asean in Busan on Friday and Saturday, on the sidelines of the upcoming Asean-South Korea Commemorative Summit.

The venue for the “Asean Cinema Week 2019 -- Asean Cinema Now!” is the Busan Cinema Centre, a landmark of the southern port city that is best known for hosting the annual Busan International Film Festival. Ten films will be screened at the Asean event, one from each member state.

The other films that will be screened are: “Ada Apa Dengan Rina 2” from Brunei; “In the Life of Music” from Cambodia; “Keluarga Cemara” from Indonesia; “The Long Walk” from Laos; “Upin & Ipin: Keris Siamang Tunggal” from Malaysia; “Mi” from Myanmar; “Alone/Together” from the Philippines; “Zombiepura” from Singapore; and “Furie” from Vietnam.

Asia Culture House, operated by the Korea Foundation, is hosting the event.

“Through this event, hosted in commemoration of the Asean-ROK [South Korea] Commemorative Summit and the 30th anniversary of relations between South Korea and Asean, we hope that people [of South Korea] can watch Asean films that are not easily available to them, and get a chance to understand cultural diversity,” said Korea Foundation president Lee Geun.

Sok Visal, director of “In the Life of Music”, and Na Gyi, director of “Mi”, will join the audience for a question and answer session. Those wishing to watch the movies can book their tickets free of charge at the homepage of the Busan Cinema Centre (www.dureraum.org) or the ACH (www.ach.or.kr).

Asean Cinema Week was held in Seoul from November 1-3.

After Busan, it will move on to Megabox Jeju on Jeju Island on December 7, followed by the Asia Culture Centre in Gwangju on December 12-13.