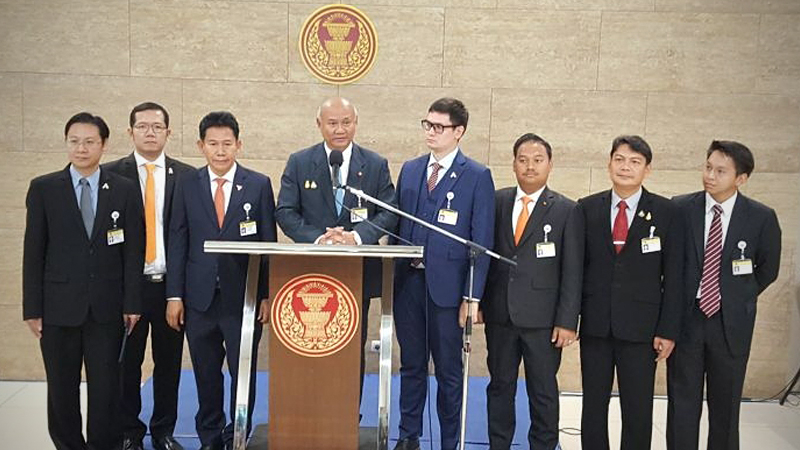 Members of the opposition Future Forward Party led by party-list MP Lt-Gen Pongsakorn Rodchomphu have submitted a draft for a revised Conscription Act calling for military service to be voluntary except in dire circumstances.

Pongsakorn announced on Thursday (November 14) that the proposal was submitted via the Secretariat of the House of Representatives to House Speaker Chuan Leekpai in the hope it will become an amendment to the Conscription Act BE 2497.

He said Future Forward believed the existing legislation in effect since 1954 had to be changed to mirror modern social attitudes.

“We strongly believe military service should be voluntary rather than mandatory. Mandatory conscription should come into effect only in wartime or in states of emergency. Otherwise it is a violation of an individual’s rights.”

“We also propose that the period of service be five years rather than two and that enlisted personnel be allowed to progress through the ranks up to lieutenant colonel before being discharged no later than age 46,” Pongsakorn said.

“The amended act would also pardon those who avoided enlistment before the revised law came into effect.”

Pongsakorn said the aim was to foster human rights, reduce the financial burden that mandatory conscription places on the military and enhance efficiency among enlisted personnel by extending their service time and enabling rank progression.