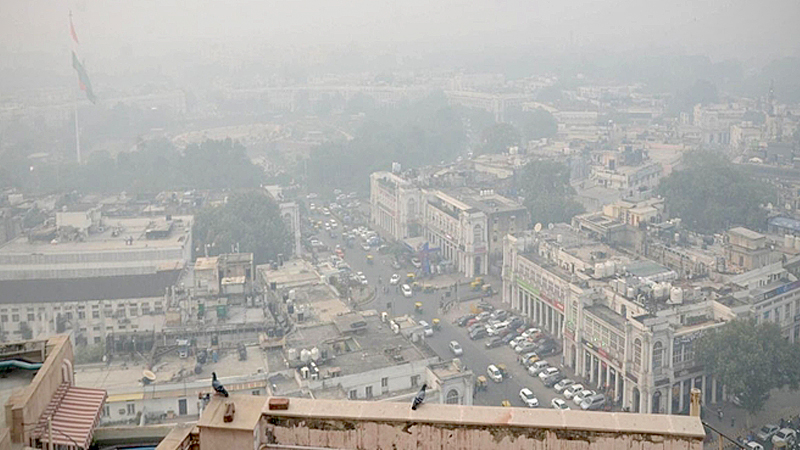 With the air quality of Delhi hovered close to an emergency, the Delhi High Court on Thursday came down heavily on the Delhi government and the concerned authorities over the deteriorating Air Quality Index (AQI).

Slamming the authorities, a division bench of Justices GS Sistani and Anup Jairam Bambani said that there is a complete lack of will to implement ideas to tackle the problem. The court also said that if the matter would have been heard every two weeks in order to ensure that the steps are taken to curb the menace of pollution in the city.

The court was hearing a suo moto petition over air pollution in the national capital and will hear the matter next on December 2.

“The problem lies in implementation and not lack of ideas. There is complete lack of will to implement the same,” it said.

The court emphasized that all the stakeholders, including citizens, have to take a proactive role in case we have to make Delhi pollution free.

In this regards, the petition was first heard in early 2015. Since then, the court has been passing several orders to contain the air pollution in the city.

Senior advocate Kailash Vasudev, who is amicus curiae in the case, referring to a CAG report for the time period 2014-2017 informed the court that the Forest Department has failed to meet its afforestation targets.

The court directed the Chief Conservator of Forests, Delhi government to appear before it on the next date of hearing and apprise the court of the extent of plantation carried out.

The Forest Department is also expected to spell out its plan to increase forest cover and reduce encroachment in Delhi.

To further address concerns of rising pollution level due to dust, the court suggested that from October to January, no fresh demolition of infrastructure should be permitted.

This exercise has to be done in a routine and regular manner and not on days before the court hearing, it said.

It also directed that senior officers should not only issue circulars for implementation of the orders but also undertake an inspection to ensure the same.

(With inputs from IANS)