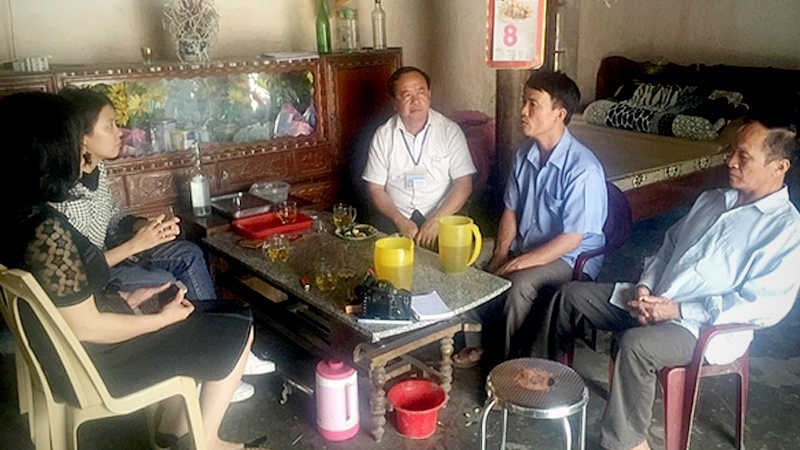 Officers from Nam Thành Commune of Nghệ An Province visit a family of a Vietnamese citizen that was found dead in a container truck in Essex. — VNA/VNS Photo Tá Chuyên

The order follows a new resolution, recently issued by the Government after its regular meeting held in Hà Nội.

Accordingly, the Government assigned the Ministry of Foreign Affairs to closely work with the Ministry of Public Security, localities and other relevant agencies to handle the case in which 39 Vietnamese were found dead in a container truck in Essex, northeast London, on October 23.

The Government also calls upon other countries to work together in the fight against illegal immigration.

The Ministry of Public Security was told to take measures to break up illegal migration organisations, multi-level marketing fraud as well as prevent hi-tech crime committed by foreigners in Việt Nam in the future.

The Ministry of Agriculture and Rural Development had to mobilise forces to prevent and control African swine fever and support pig breeders to re-breed and ensure the yield of pork to customers in the last months of this year, especially for New Year and Tết (Lunar) New Year.

The ministry also had to focus on removing the European Commission’s yellow card warning on Vietnamese fisheries. — VNS