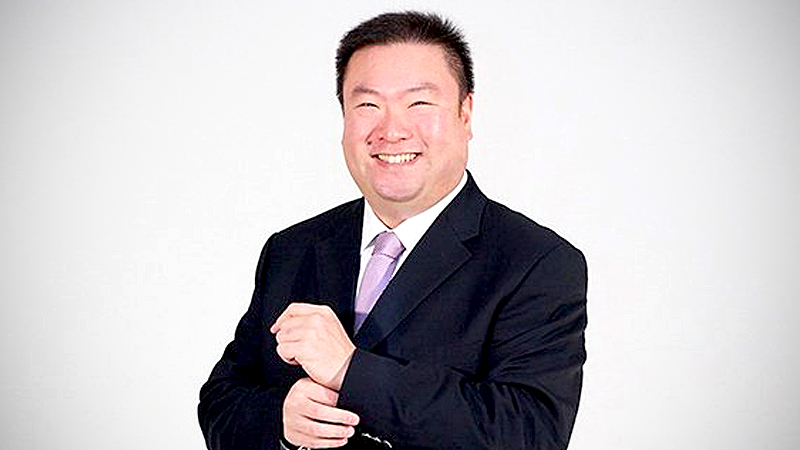 In a press statement released this week, BTS Group Holdings (BTS Group) reported its highest quarterly net recurring profit of Bt1.131 billion, an increase of 36.3 per cent year-on-year in the second quarter of fiscal 2019/20, largely from the improved performance from the provision of Operation and Maintenance (O&M) services for the newly opened Green Line stations and robust profit generated from media business under VGI (VGI). BTS Group reported a net profit of Bt1.278 billion in the quarter

In 2Q 2019/20, Mass Transit contributed to the majority of total operating revenue and net profit, at 80 per cent of total operating revenue or Bt9.132 billion. The majority of mass transit revenue was underpinned by the continued recognition of construction revenue for the Pink and Yellow Lines, and the Southern and Northern Green Line Extension of Bt7.531 billion baht. Operating & Maintenance (O&M) revenue in this quarter increased by Bt414 million or 91.5 per cent YoY to Bt866 million, primarily from the official opening of Southern Green Line extension (Bearing–Kheha) in December 2018. Quarterly net recurring profit reached a record-breaking high from stronger O&M performances of the new Green Line stations.

“Mass Transit prospects continue to be solid for the rest of the year and beyond, buoyed by the gradual opening of new Green Line Stations and the rapid progress of the construction of each rail mass transit line,” said Kavin Kanjanapas, chief executive of BTS Group.

“On August 9, 2019 and on schedule, the first station of the Northern Green Line extension (N9: Ha Yaek Lat Prao station) began trial operation. The opening of four more stations (up to N13: Kasetsart University station) is expected to be in operation in December. The opening of these first five stations will feed additional passengers to our network as well as to significantly strengthen O&M revenue in this fiscal year. The full operation of this route from Mochit – Khu Khot totalling 17.8km, 16 stations is expected to begin in 2020. The Pink and Yellow lines also proceeded as planned, expected to begin operation by October 2021.

On the media side in 2Q 2019/20, VGI Group set its new quarterly record with the highest revenue and net profit fuelled by a successful business strategy reformation to offer Offline-to-Online (O2O) Marketing Solutions. VGI reported quarterly revenue of Bt1.668 billion, expanded by 36.5 per cent YoY from Bt1.222 billion. Net profit continued its profitable growth course with a record net profit of Bt355 million, an increase of 36.6 per cent YoY, as a result of increased synergies.

The media business reform continued as the Board of Directors of Master Ad Public Company Limited (Maco), a subsidiary of VGI, approved the acquisition of 50.0 per cent of Hello Bangkok LED and the issuance of 1,080mn shares through Private Placement to Plan B Media (PlanB). Once the acquisition is completed, Maco will fully focus on international expansion, while PlanB will take charge of the domestic advertising segment. The transaction is subject to approval at the Extraordinary General Meeting on December 17.

“We are confident that our Media business annual goals remain achievable after strong results and vigorous development in first half of 2019/20. We have made significant progress on both integration efforts and operational fronts to drive revenue, profitability, synergies (across VGI’s platforms) and ultimately long-term shareholders’ value,” Kavin added.

“The achievements are a result of dedication and cooperation by all segments involved in our Group, helping to develop sustainable operational practices which take into account the BTS Group's impact on the economy, society, and environment, and driving efforts to create tangible results,” Kavin concluded.