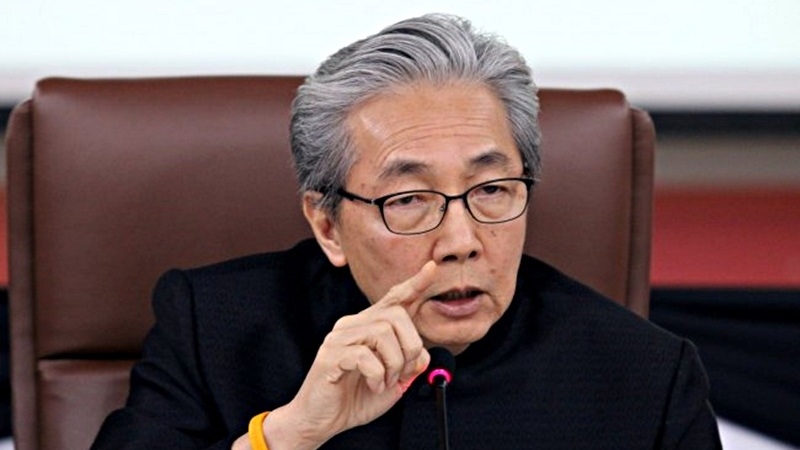 Deputy Prime Minister Somkid Jatusripitak called a meeting with top officials of the Finance Ministry and state enterprises under its management, informing them that foreign investors have continuously made enquiries about investment in the Eastern Economic Corridor (EEC), including the China Council for the Promotion of International Trade (CCPIT), Microsoft and Amazon, the British-Asean Business Council and the Japan Bank for International Cooperation (JBIC). The CCPIT is keen on paving the wa

Economy related organisations need to facilitate expansion of investment amid the ongoing global economic slowdown as foreigners are still interested in investing in Thailand, indicating the country's high growth potential, he said.

Foreign investors are confident of the Thai economy due to infrastructure development and are not worried about risk factors despite the World Economic Forum’s warning, Somkid said.

The deputy minister has instructed the Ministry of Finance to evaluate all aspects of the Thai economy in preparation for new measures and acknowledged that domestic consumption showed improvement in October, mainly driven by ‘Eat, Shop, Spend’ campaign.

However, exports remain sluggish as the purchasing power of buyers declines, resulting in falling revenue. As a remedy, the government has ordered higher tax collection by the Revenue, Customs, and Excise department on condition that it would not affect domestic consumption.

He added that the Prime Minister's proposal for Social Security funds to be used as investment loans was meant to see how these funds should be utilised. It will not affect the status or members of the National Health Security Office (NHSO).

"It is a sensitive issue,” he said, He wanted the media to be careful and not exaggerate the economic situation in Thailand since it might affect the confidence of foreign investors.

“Regarding information from the World Economic Forum’s Global Risks Report for doing business around the world in 2018, it was derived from a survey of private sectors, seeking advantages for investment in the next 10 years. They were told to evaluate 30 risk factors, which did not represent the current situation.”

Finance Minister Uttama Savanayana stated that the ministry will look after the economy as a whole and to seek appropriate measures before the 2019 budget allocation begins in February.