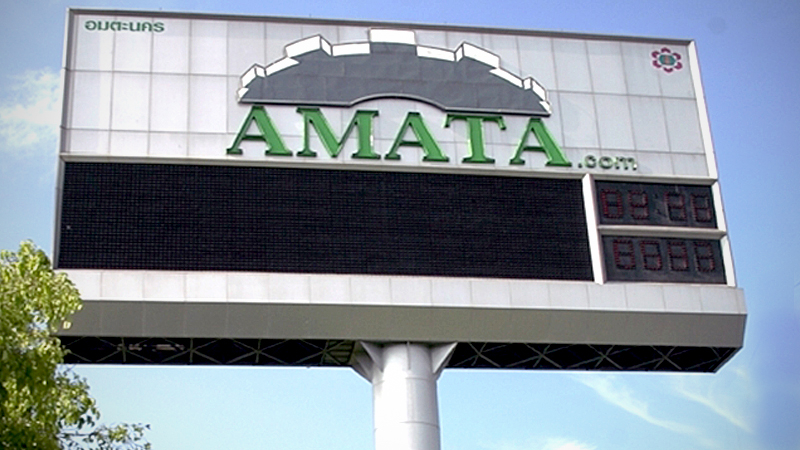 Aukkares Choochouy, managing director of Amata Facility Services (AFS) Co Ltd, responded on Friday (November 15) to the rumours circulating on social media that Thailand’s export sector is in a critical condition, causing many factories to shut down nationwide especially in Chonburi and Rayong.

“This is not true. More than 700 factories on the Amata City industrial estates are still operational. There is no report of factories halting production temporarily to wait for the situation to get better either,” he said.

The managing director further explained that the company is closely monitoring the economic situation, particularly with regard to news related to industrial sector. “At present the industry that is the most sensitive is automotive part manufacturing,” he said. “Automotive sales in Thailand are usually around 2 million units, but this year and next it’s unlikely to hit that target, which will affect domestic supply chain providers.”

According to Aukkares, AFS is managing 2 Amata City industrial estates (one in Chonburi and the other in Rayong), and is planning to expand to Myanmar, Laos and Vietnam soon. “We are also planning to extend the existing domestic industrial estates into the second phase to support new target industries and the government’s Smart City project in EEC areas.

Jakkarat Lertopas, Industrial Estate Authority of Thailand’s deputy governor, revealed that most of the factories that report closure or halt of operation are from outside industrial estates. “Factories that stop operations temporarily will one day resume working again when the economy improves and their orders start pouring in but it’s not possible to predict right when that will that happen,” he said. “Apart from automotive industry, electronic manufacturing group is also suffering from decreasing sales of around 7 per cent, which is happening worldwide and not just in Thailand.”

The deputy governor also insisted that one of the long-term solutions to this problem is to develop labour skills to support new target industries, especially those involving digital innovations