A dead whale shark was recently found in the sea near Libong Island, the head of the Koh Libong Wildlife Reserve, Chaiyapruek Weerawong said on Friday (November 15).

Beb Matli, assistant headman of Ban Lang Khao village in Koh Libong sub-district made the discovery while out fishing and informed the Reserve, which sent a patrol boat out to the area. As the body of the whale shark weighed more than two tonnes, the officers called on the Marine and Coastal Resources Administration office (Trang) and a team of veterinarians to retrieve the animal and it take Baan Haad Yao pier for autopsy, 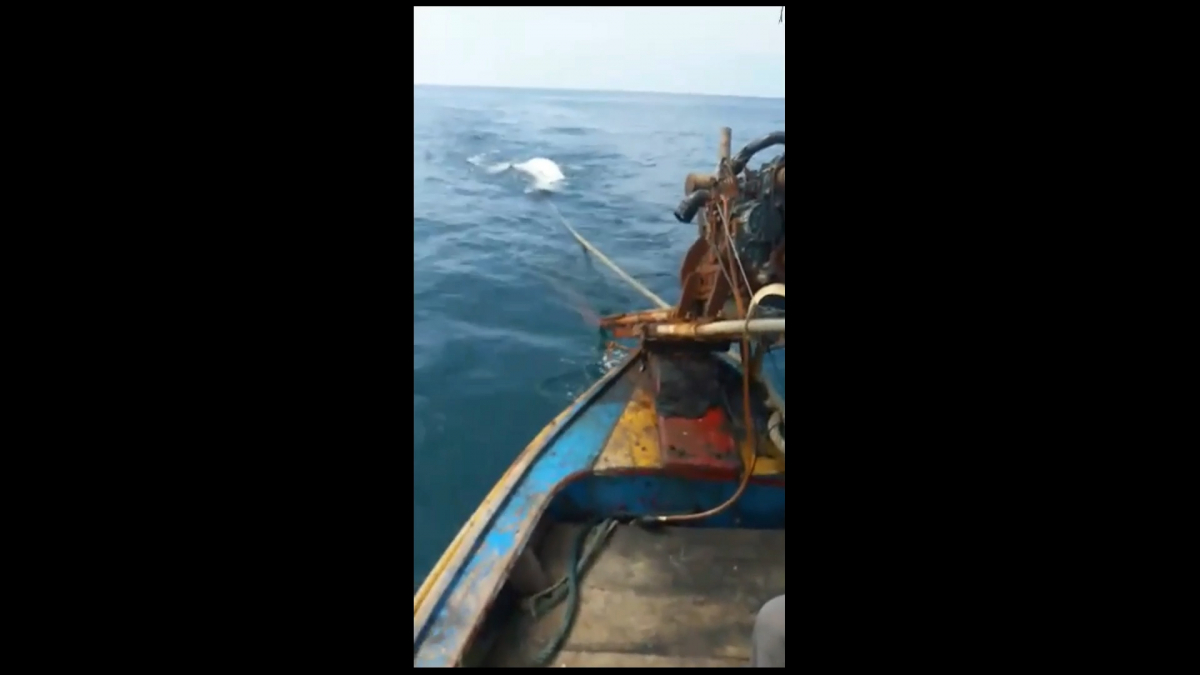 According to the Department of Marine and Coastal Resources, officers and villagers first spotted a whale shark about five to six metres in length in early March 2017 swimming around the artificial coral reefs area in Koh Libong sub-district.

Whale shark is an indicator that Trang Sea is still abundant with fish as many of them have since been seen in the area.