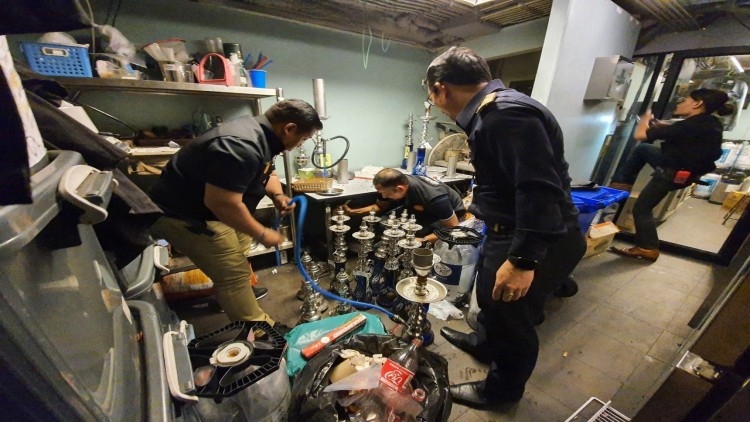 Police raided a pub on Bangkok’s Sukhumvit Road and seized a huge number of hookahs, Pol Maj-General Prasit Chaloemwutthisak, secretary-general of The Consumer Protection Board, announced on Saturday (November 16). 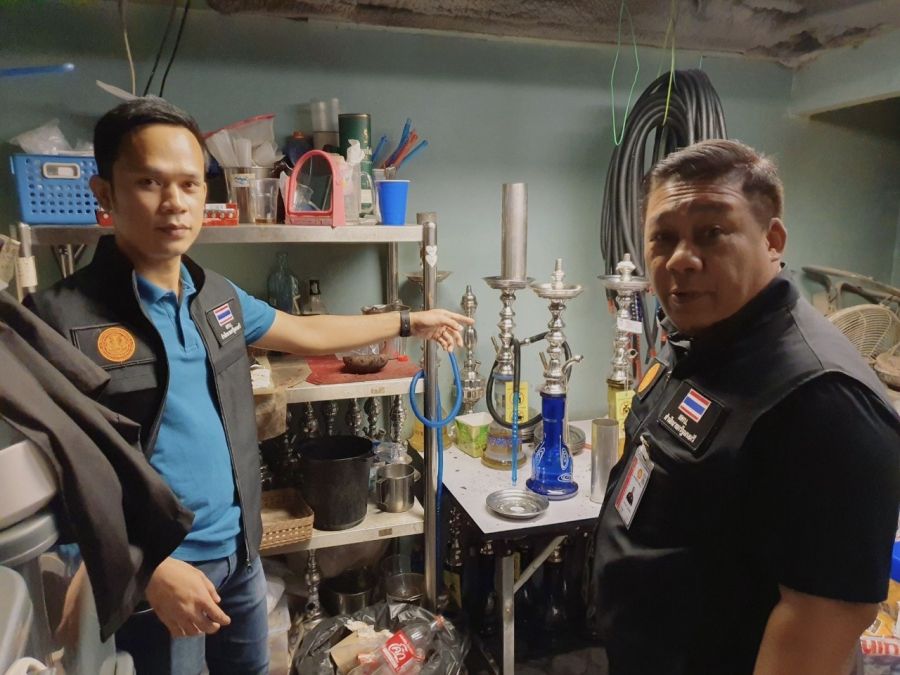 The raid of the entertainment venue was carried out in collaboration with the special investigation team of Thonglor Police Station. “We received a tip-off that a pub in the Sukhumvit area provided ready-to-use barakus or hookahs to foreign tourists and local customers,” he said. “After inspecting the establishment, police found 26 hookah stations being used by customers, and 34 more in the storage area. Police also found a large number of baraku solutions and smoking equipment.”

According to the secretary-general, preliminary inspection revealed that the pub made more than Bt100,000 per night from the baraku service alone. The pub owner was taken to Thonglor Police Station to be charged.

“Selling or providing barakus, electronic cigarettes and their solutions is a violation of the Consumer Protection Board’s Order No 9/2015,” he said. “Violators face a maximum of three years' jail time or Bt600,000 fine, or both.”