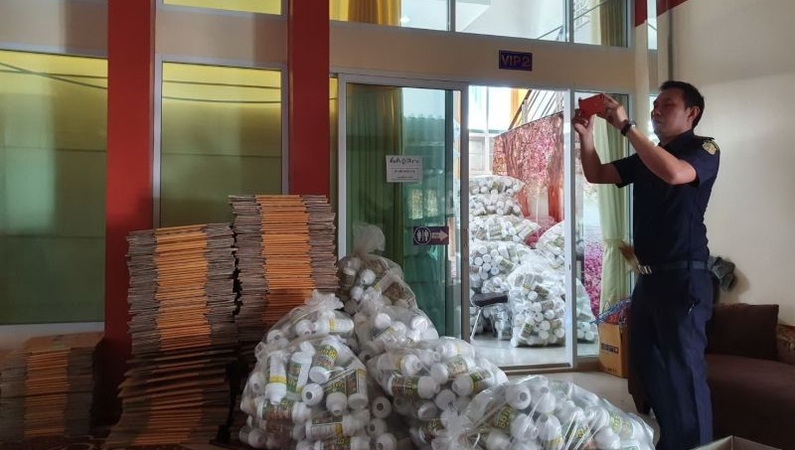 After receiving numerous complaints from farmers about bio herbicides and pesticides being sold and distributed through online channels, the Department of Agriculture (DOA) is collaborating with the Department of Special Investigation (DSI) in inspecting where the products are made.

Early investigations show that the herbicides have not been registered with DOA and that most of the products contain hazardous substances such as paraquat and glyphosate, the DOA’s director general Sermsuk Salakphet said this week.

Officers have inspected manufacturing and distribution areas in Pathum Thani, Nakhon Ratchasima, and Nonthaburi provinces. “We found 18 products containing hazardous substances and 58.5 tonnes of 36 different fertilisers that could potentially cause more than Bt25 million in damage.”

Moreover, the penalty for those who manufacture and distribute fertilisers without official permission or without official registration is up to 5 years in prison, a fine of up to Bt300,000, or both; and between 1 to 5 years jail time and a fine of between Bt40,000 and Bt200,000 respectively.

“Those bio pesticides have to be registered with the DOA, and must pass toxicological, performance and quality testing,” Sermsuk added, “This is to ensure that the products are effective and safe to users, consumers, and environment.”