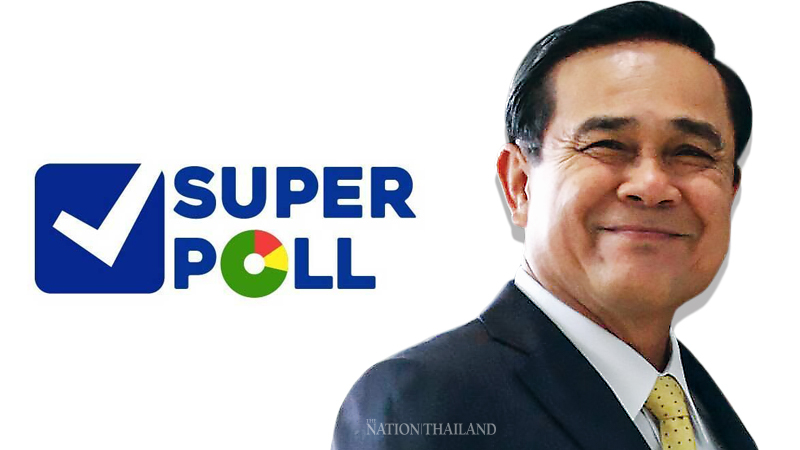 The majority of Thai people have expressed confidence in the government of Prime Minister General Prayut Chan-o-cha, according to a survey by Super Poll Research Centre.

Only 7.3 per cent said they were not happy with the country’s current situation, said Asst Prof Noppadon Kannika, director of the centre.

Noppadon said the poll on the Thai confidence index used quantitative and qualitative research techniques after surveying 1,197 Thais from all regions and a range of professions.

The data was collected from November 10-15 and has been analysed to create the confidence index in which a number above 100 reflects positive confidence while a number below 100 represents lack of confidence.

However, the aspect that chalked up a negative confidence score of 95.81 was personal finance, regarding how well the government can increase money in people’s pockets.

One of the interesting topics explored by the survey was “happiness level”. Some 66.6 per cent of respondents said they were happy with the country’s current situation, 26.1 per cent said that their happiness level was neutral, and 7.3 per cent said they were not happy. The factors affecting the “unhappy group” included health issues, personal finance problems, unemployment and economic recession.