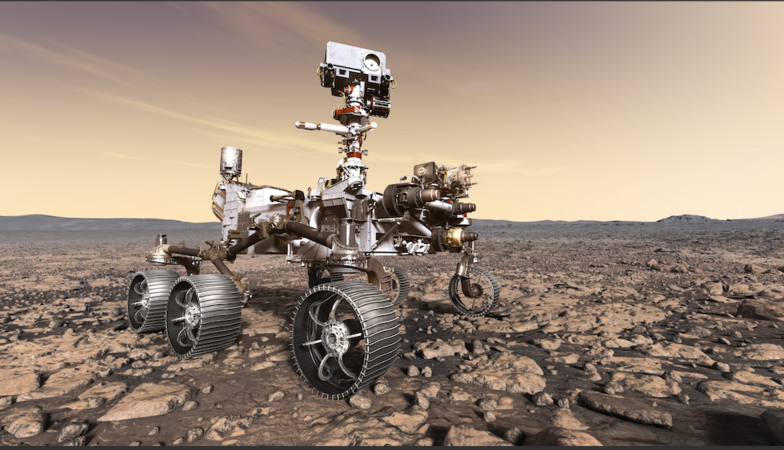 On some sunny day next summer, in front of a crowd at Kennedy Space Center, a rocket carrying NASA's next, best hope at finding life on Mars will launch into the sky.

Seven months later, the car-size Mars 2020 rover will touch down near Jezero Crater, a dried-up lake in Mars' northern hemisphere. With its six wheels and suite of high-tech instruments, it will scour the surrounding rocks for evidence that alien microbes once lived on the Red Planet.

Decades of surveying Mars with orbiting probes, landers and rovers has revealed the planet once harbored a thick atmosphere and water on its surface. Researchers have even discovered traces of complex organic molecules - possible building blocks for living cells.

Now, two new studies offer a tantalizing suggestion that Mars 2020 could find even stronger evidence of Martian life - if it ever existed.

The rocks around Jezero show evidence of carbonate and hydrated silica - molecules that are known on Earth to help preserve microscopic fossils over billions of years.

"It's a big glaring road sign saying 'look here, look here,'" said Briony Horgan, a planetary scientist at Purdue University and the lead author of a study in the journal Icarus reporting the carbonate detection. "Jezero Crater is an incredibly mineralogically diverse place, with lots of paths forward to search for biosignatures, which means we have a lot of chances to understand exactly what happened with the history of life here."

But what would Mars 2020 have to find for scientists to be certain there once were Martians?

Both studies published this week relied on the Compact Reconnaissance Imaging Spectrometer (CRISM), an orbiting camera capable of scanning the Martian surface in infrared and visible light. From 250 miles high, CRISM produces colorful maps of minerals on the Red Planet.

Carbonates, which form when carbon dioxide interacts with rock and water, have been found all over Jezero Crater. But CRISM showed a particularly high concentration of the mineral along the crater's inner rim, right where the shoreline of the lake would have been over 3 billion years ago.

To Horgan, this suggests they could have been left behind by waves lapping at the rock. She compared the deposits to the line of scum that forms where water meets the sides of a bathtub (scientists have even taken to calling the region "the bathtub ring").

"What makes this so exciting is [carbonate] traps anything that it precipitates around," Horgan said. "It mimics the structures of the microbes, so you get preserved textures . . . but it also traps the organic material in there as well."

If microbes had been living on Jezero's lakeshore, there's a decent chance the carbonate could have captured them.

Some of the oldest fossils on Earth were entombed in carbonate. Scientists have found stromatolites - layered structures formed from carbonate-encased mats of bacteria - dating back as far as 3.7 billion years.

Jesse Tarnas, a planetary scientist at Brown University, also relied on CRISM maps for his research. His paper, published in the journal Geophysical Research Letters, describes hydrated silica near Jezero's delta, where water from a long-gone river fed into the ancient crater lake.

Hydrated silica, better known as opal, can form in volcanic eruptions and at the edges of hot springs. But when it is created from sediments settling on a seafloor, it can form strong, sturdy crystals that are exceptionally effective at preserving signs of life. On Earth, scientists have found samples of hydrated silica containing ancient organic material and even fossilized cells.

Because the Martian hydrated silica is so close to a delta, it's possible that it contains material from the river system. And if Mars' rivers ever harbored life, remains of ancient organisms might still be trapped within those crystals.

Hydrated silica "is not something that's been found before," said the Jet Propulsion Laboratory's Katie Stack Morgan, deputy project scientist for the 2020 mission. Morgan, who was not involved in Tarnas' research, said that the mineral will likely be a prime target for the rover once it lands.

"It's really exciting to have the thought that there are deposits in Jezero like we have on Earth," she said. "We're going to be thinking about ways to get as close to them as we can."

The 2020 rover will be armed with a wide array of tools for examining these minerals. Cameras could capture images of stromatolites, if they exist. Lasers and molecular "sniffers" known as spectrometers will map out the composition of rocks at an elemental level.

"It's going to be able to do the kind of astrobiological investigations we've been wanting to do on Mars for decades," Horgan said. 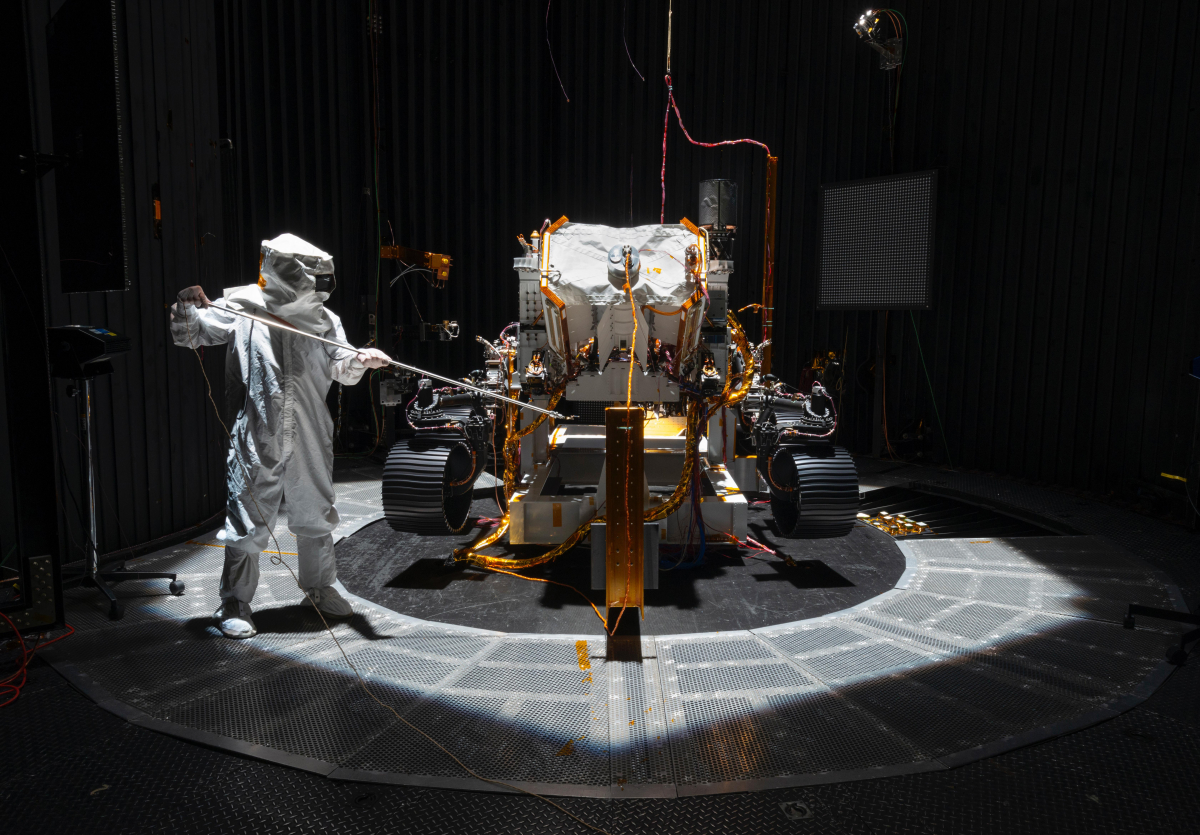 The Curiosity rover, which has been cruising around Gale Crater since 2012, can only measure molecules "in bulk," Morgan said. Though it has found organic molecules, it cannot pinpoint them to particular rock layers, or associate them with microscopic structures.

"With 2020 we can go there and we can say we're seeing a concentration of element or mineral associated with this very particular fine scale texture," Stack said. "Those very subtle textural differences are what people look for and have kind of sharpened their eyes to when making a case for biosignatures."

But even in scientists' dream scenario - one in which there was life on Mars, and its remains were preserved, and the 2020 rover is able to find the fossils - it's unlikely that mission alone will prove whether Martians ever existed.

The discovery of life beyond Earth is such an extraordinary claim, as Carl Sagan would say, it requires extraordinary evidence - evidence that only a human can deliver.

The 2020 mission is only the first step of a proposed four-part program. Once it identifies the most compelling rocks around Jezero Crater, the rover will use a specially developed drill to collect and cache samples of the material.

Some day (if all goes according to plan) scientists will launch follow-up missions to retrieve the samples and bring them home. Finally, in an ultra-secure facility that hasn't been built yet, they will analyze the rocks at an elemental scale to determine, definitively, whether they contain evidence of life.

The entire process will take years, if not decades. It may never happen. The necessary follow up missions haven't been approved yet, let alone funded and developed. And voyages to Mars are notoriously difficult: About 50 percent of all attempts to reach the Red Planet have failed.

"There's this tantalizing evidence that maybe [life] was there but you won't know until you get the samples back," Tarnas said. "And you really just gotta have the patience and fortitude to hold out for it."