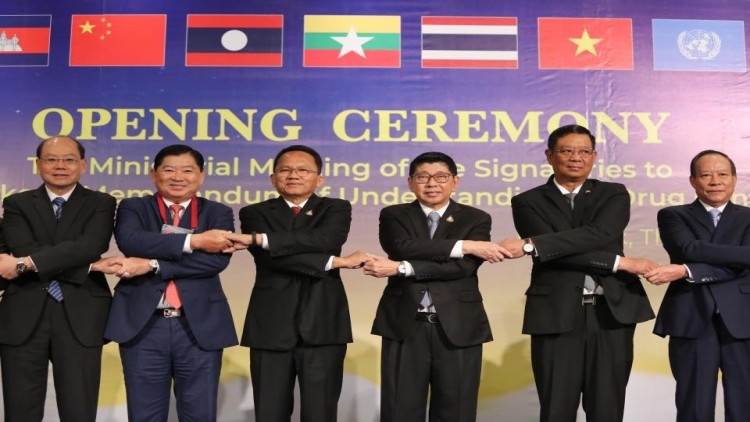 Six countries from the Mekong region have signed an agreement to jointly crack down on drugs, Justice Minister Somsak Thepsuthin said on Saturday.

Thailand hosted a ministry-level meeting from November 13-15, which resulted in a memorandum of understanding on narcotics control.

Besides Thailand, Laos, Myanmar, Vietnam, Cambodia and China have joined the “1511 operation” against drugs.

The operation would monitor and elevate narcotics prevention activities, especially in the Golden Triangle area where the borders of Thailand, Laos and Myanmar meet at the confluence of the Ruak and Mekong rivers.

Twenty-four substances declared by the United Nations Office on Drugs and Crime (UNODC) as narcotics would be monitored while 12 other substances would be banned as dangerous chemicals in Thailand, Somsak said.

“Thailand’s narcotic control measures are now accepted more by Asean countries, as we are serious about the matter," said Somsak. "We want the UNODC to be the pillar of narcotics prevention operations while armies from the concerned countries will guard the borders. We have to accept that drugs are now more easy to make since the initial substance doesn’t need to be a plant anymore. The global narcotics trade recently reached US$60 billion [Bt1.8 trillion]. A global coordination against drugs is needed,” he added.