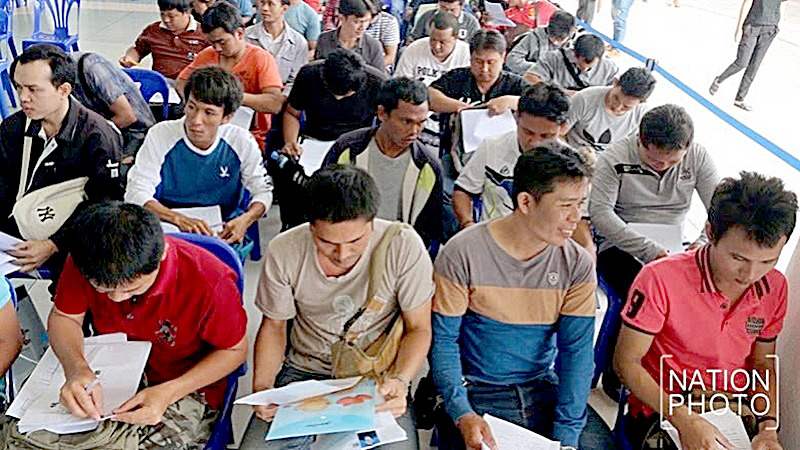 Anusorn Tamajai, Director of Economic and Business Research Center - Institute of Economics, Rangsit University, said on Monday that the unemployment rate was the highest in ten years, which is line with the latest capacity utilization rate of 64.7 per cent, the lowest in 94 months, but that the number included those who had opted for early retirement.

Employment in new and expanded businesses stood 168,737 jobs and there were 35,533 dismissals. Employment conditions can be predicted to improve after the third quarter of next year if new jobs are created.

From a survey of employment conditions carried out in September, the National Statistical Office and the Ministry of Labour recorded 385,000 unemployed, 12,000 higher compared to the same period last year.

In April and May 2020, 524,000 new graduates will enter the labor market and 50-60 per cent will likely not be able to find a job because the labour market prefers workers in the science and technology field to the social sciences.

In the past, curricula at the universities did not correspond to changes in the manufacturing and service sectors. Several institutions produced graduates that didn’t meet the standard resulting in employment only for workers with more experience.

However, the education system also needs to be reformed to link to the manufacturing sector and better respond to the labor market by preparing graduates for the economic conditions and the impact of technological changes that have changed the business sector and consumer behaviour.

Anusorn added that the government should not solve the economic issues by using the Social Security Fund for loans, pointing out that, in any case, the Social Security Act prohibits this. Furthermore, if the law were to be changed, it would put an end to the principles of social security causing risks to the financial status of the whole fund, and especially the pensions component.

Factory closures and temporary halt of employment had increased, especially in the export industry so strengthening labor and workers' bargaining power using International Labour Organization (ILO)’s Convention’s clauses No. 87 and No. 98 to protect their collective rights and freedom of labour associations will be crucial,” he said.