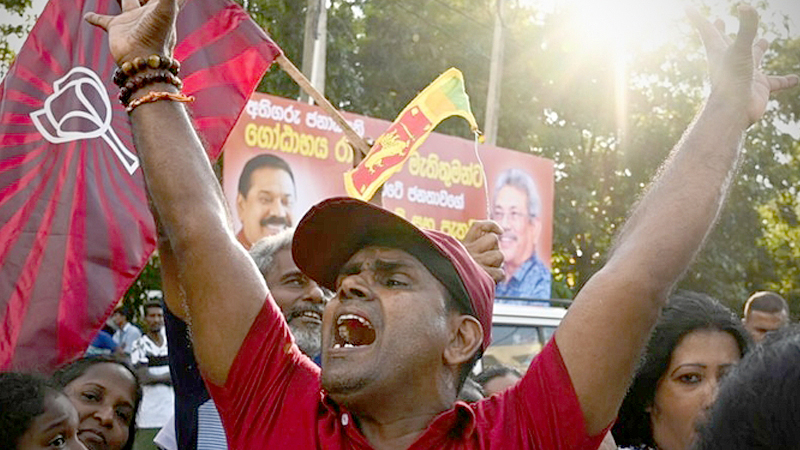 By The Island/Asia News Network

The race was called Sunday with the former defence chief winning.

President elect, Gotabaya Rajapaksa, yesterday pledged to fully assist the Election Commission in holding elections. He made this statement at the Elections Secretariat, where the official results of Saturday’s presidential election were declared.

Rajapaksa is to be sworn in at Ruwanweliseya, Anuradhapura today. He is to visit the Sri Maha Bodhi as well.

Premadasa congratulated Rajapaksa and urged him to respect the institutions established by the present government. “This election was free and fair because we appointed independent commissions. I urge the new president to respect and strengthen them.

Rajapaksa, while thanking the people who voted for him extended the olive branch to all others and said, that he would act as the President of all Sri Lankans.

“I am the President of all Sri Lankans; those who supported me and those who voted against me. I won’t make any distinction between various ethnic and religions communities and I will implement all that I pledged in my election manifesto.”