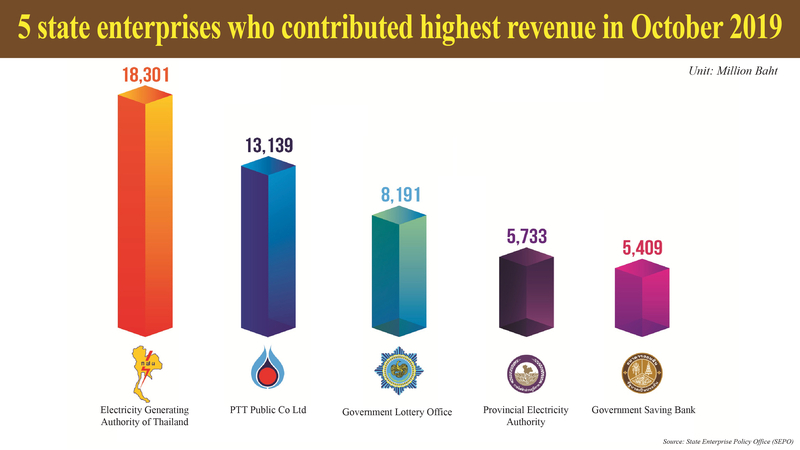 The State Enterprise Policy Office (SEPO) received Bt63.642 billion in revenue transfers in October from state enterprises and enterprises in which the Ministry of Finance holds less than 50 per cent of total shares, said Prapas Kong-ied, director-general.

Prapas said the main factors driving state enterprises’ revenues were the adoption of an integrated operation policy and the deployment of innovative technologies that promote sustainability, prepare them for future changes and increase profits.

“Revenue collection from state enterprise is one of SEPO’s missions to help strengthen the country’s financial status, as well as improving confidence among domestic and foreign investors,” he added.