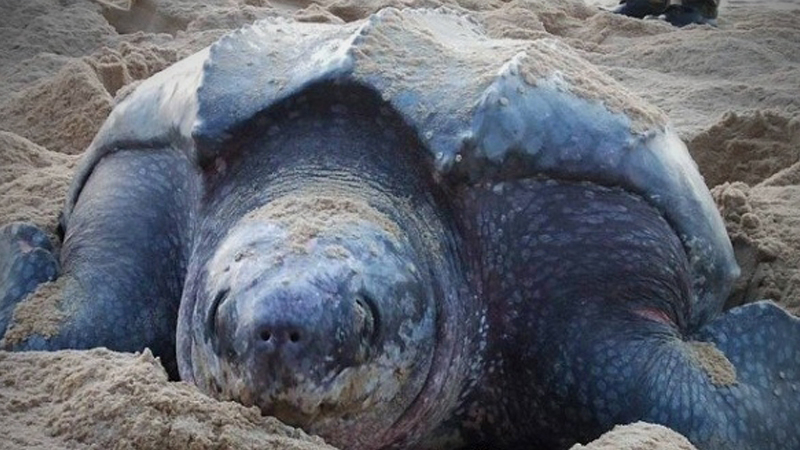 The National Parks Network made the discovery and asked Mongkol to inspect the area with district chief Prapas Khunpitak, Prarop Plang-ngan, head of Marine National Park Operation 2 in Phuket, and community leaders in the area. 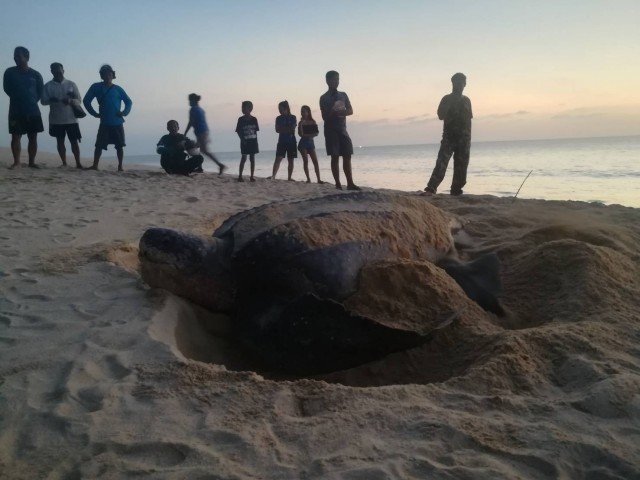 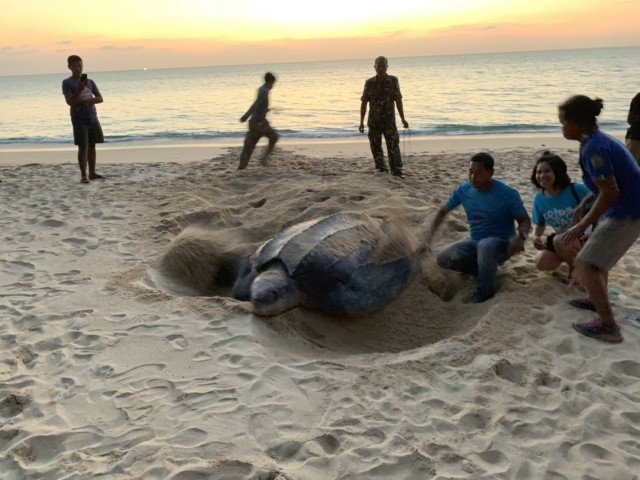 “The leatherback turtle, 194 centimetres in length and 173cm in width, dug the nest on the beach outside the national park and laid her eggs on Sunday evening before heading back to the sea,” Mongkol said.

“We found that salt water may flow into the nest, so we moved her eggs further up the beach inside the national park area for better incubation.” he said. “Out of 104 eggs, 85 are fertilised.” 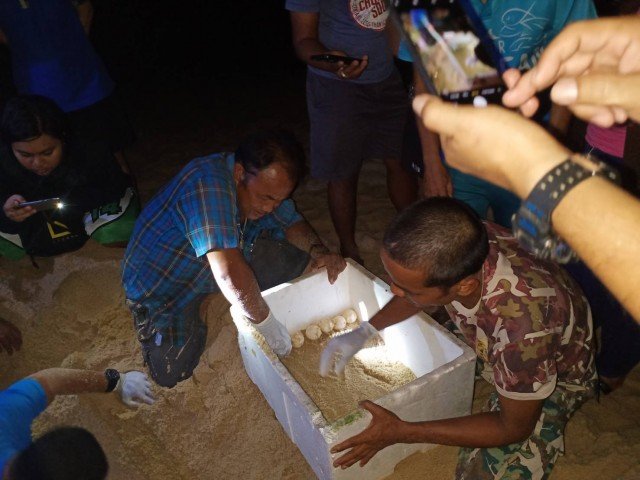 Mongkol said it was a great pleasure that leatherback turtles have laid eggs for two consecutive years – after an absence of almost ten years.

“In the previous year, there were three sightings of leatherback turtles laying their eggs in Phang-nga. The first and the third nests were on Khuk Khak Beach, while the second was on Thai Mueang Beach. About 95 per cent of the eggs hatched,” he said. 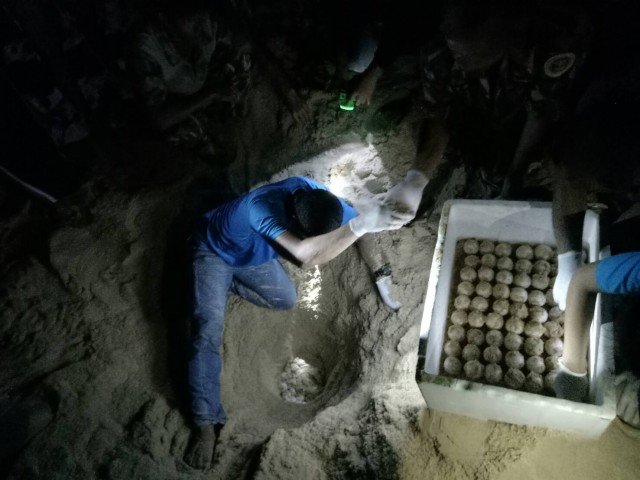 He expected this leatherback turtle to lay her eggs in other areas nearby as some of the turtles can lay eggs up to four times.

“The national park will cooperate with Thai Mueang district to set up teams to monitor the spawning of sea turtles, which lay eggs from November to January each year,” he added. 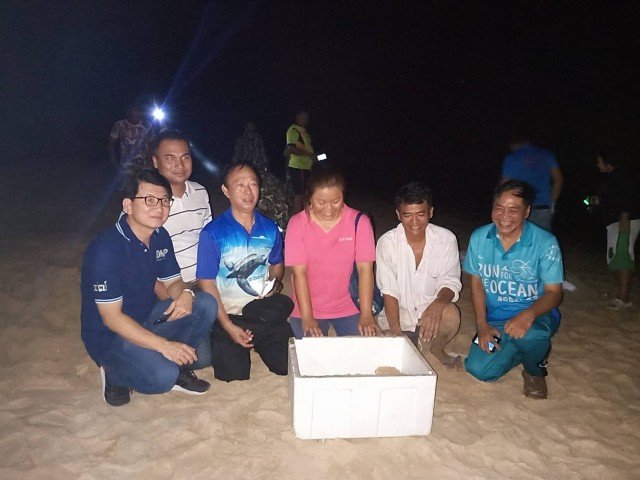