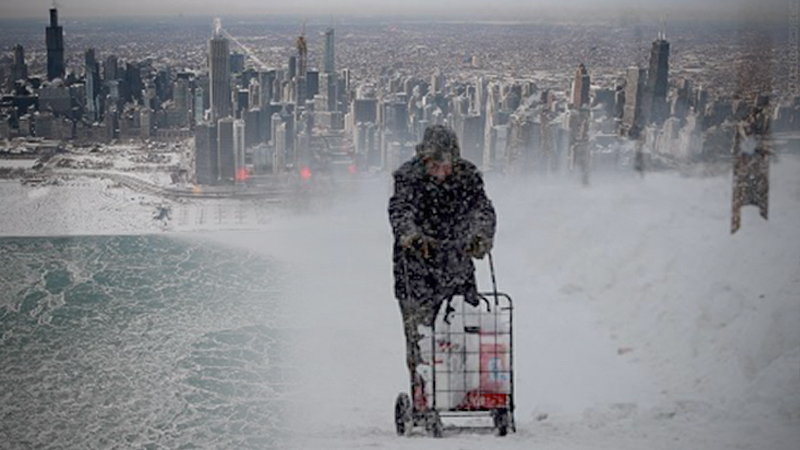 At least 945 toxic waste sites across the country face escalating risks from rising seas, more intense inland flooding, voracious forest fires and other climate-fueled disasters, according to a new study from a congressional watchdog agency.

The report, published Monday by the Government Accountability Office, found that climate impacts threaten 6 in 10 Superfund sites overseen by the Environmental Protection Agency. GAO investigators said the agency needs to take more aggressive action to acknowledge risks facing some of the nation's most polluted sites -- and to safeguard them amid a changing climate.

Even as they agreed with the GAO on certain points, Trump administration officials formally rejected a recommendation to clarify how preparing toxic sites to withstand the impacts of climate change is part of the EPA's mission.

"The EPA strongly believes the Superfund program's existing processes and resources adequately ensure that risks and any effects of severe weather events, that may increase in intensity, duration, or frequency, are woven into risk response decisions at non-federal [National Priorities List] sites," EPA Assistant Administrator Peter Wright said in a statement Monday.

The disagreement marks the latest instance of the Trump administration rejecting the warnings from independent researchers about the extent of the risk that rising global temperatures pose. Previously, the administration has downplayed government research about the potential severity of climate impacts in coming decades and aggressively rolled back Obama-era regulations aimed at reducing emissions of carbon dioxide.

The most common risk identified in Monday's GAO report is flooding. At least 783 sites around the country were found to have a great risk of inundation due to rainier conditions brought about by warming temperatures.

Among the locations found to have the highest flooding hazard is the Conservation Chemical Corp. site in Kansas City, Missouri.

Already, that six-acre site has had to contend with epic Midwestern floods. When the Missouri River topped its bank in March, managers upped the pumping rate of the groundwater treatment system to contain dangerous chemicals buried underground.

How might managers at a flood-prone site prepare for climate change?

Mathy Stanislaus, a former EPA assistant administrator who oversaw the Superfund program under Obama, said in a phone interview that protective caps covering toxic waste may need to be made from different material -- say, rubber liner instead of dirt -- or may need to be built at steeper angles so water is less likely to collect atop sites and seep into the waste.

"This was a fairly significant concern of ours during the Obama administration," Stanislaus said, adding that officials concluded "that adaptation should be a core part of the standard operating practices for all of EPA's cleanup projects."

In particular, he said, sites near 100-year and 500-year flood plains, as well as those one meter or less above sea level, are "particularly at risk."

According to the report, 234 toxic sites are at high risk from wildfires, including a half dozen in California, where devastating blazes have become a deadly annual occurrence. And at least 187 properties in coastal states are vulnerable to storm surges brought by Category 4 and 5 hurricanes.

The GAO conducted the analysis at the behest of a group of mostly Democratic lawmakers, including presidential candidates Bernie Sanders, I-Vt.; Kamala Harris, D-Calif.; and Cory Booker, D-N.J., who asked the congressional investigative arm to look into the issue in 2017.

After the release of the report, Senate Democrats sent a letter to EPA Administrator Andrew Wheeler demanding an explanation for agency leaders' "failure to embrace addressing climate change as a strategic objective."

"We believe that EPA's refusal to implement GAO's recommendations could result in real harm to human health and the environment as the effects of climate change become more frequent and intense," the lawmakers told Wheeler.

In 2014, the Obama-era EPA issued an agency-wide plan for adapting to climate change that included steps to be taken by the Superfund program.

EPA spokeswoman Molly Block said the agency is in the process of implementing a "climate resilience action plan" at Superfund sites, and has encouraged approaches that would allow specific sites to adapts to new and changing risks.

"The EPA recognizes the importance of ensuring Superfund site cleanups are resilient in the face of existing risks and extreme weather events and the agency has taken measures to include vulnerability analyses and [adaptation] planning into Superfund activities," the agency wrote in response to the GAO's findings.

While the Trump administration has rolled back Obama-era rules limiting carbon emissions from cars and coal plants and proposed cuts to Superfund funding, EPA leaders have also made a point of working to accelerate cleanup efforts at highly polluted sites.

Dozens of sites have been removed from the EPA's National Priorities List, and the agency maintains an ongoing "priority list" for sites most in need of attention.

"All Americans deserve timely action on Superfund site cleanups in their communities - not delays," Wheeler said in announcing updates to that priority list last month. "We will continue to advance or accelerate Superfund cleanups across the country by addressing issues that cause site-specific delays."