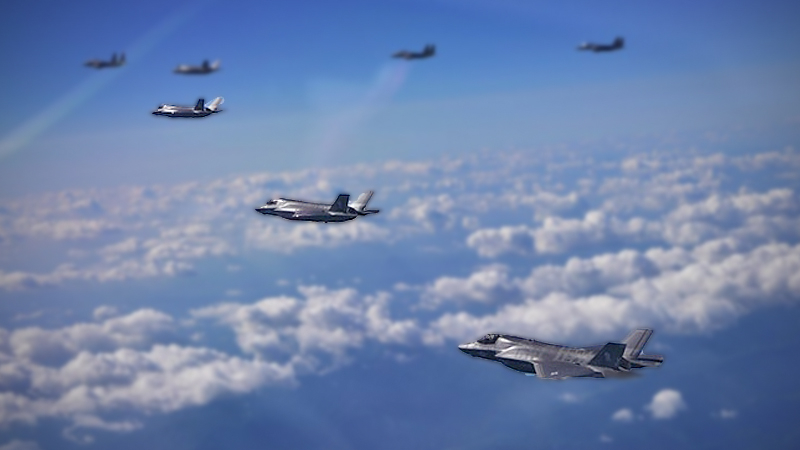 The US and South Korea have suspended a joint air drill to appease Pyongyang.

North Korea said Tuesday it has no interest in denuclearization negotiations with the United States unless Washington drops its “hostile” policy.

Kim Yong-chol, who formerly led the negotiations as US Secretary of State Mike Pompeo’s counterpart, issued the statement in response to Sunday’s decision by South Korea and the US to postpone military exercises in support of diplomatic efforts to denuclearize the North.

“What we are demanding from the US is that it withdraw from combined military exercises with South Korea or completely stop the exercises,” Kim, a vice chairman of the ruling Workers’ Party’s Central Committee, said in the statement carried by the North’s Korean Central News Agency.

“Postponing the combined military exercises does not guarantee peace and security on the Korean Peninsula, nor does it help diplomatic efforts to solve the problem,” he said.

US Defense Secretary Mark Esper had earlier called the decision an act of goodwill and urged the North to return to denuclearization talks without hesitation.

“The US should not even dream of denuclearization negotiations before it withdraws its hostile policy against the DPRK,” Kim said in the Korean-language statement. DPRK stands for North Korea’s official name, the Democratic People’s Republic of Korea.

“It is not about jointly discussing the issues of improving DPRK-US relations and establishing a peace regime within the framework of denuclearization negotiations,” Kim continued. “Only after trust is established between the DPRK and the US, and all the threats hindering our security and development are completely removed, can we discuss the denuclearization issue.”

Kim’s statement came only hours after another North Korean official, Kim Kye-gwan, made similar remarks, saying Pyongyang is no longer interested in talks that “bring nothing to us.”

“As we have got nothing in return, we will no longer gift the US president with something he can boast of, but get compensation for the successes that President Trump is proud of as his administrative achievements,” the adviser to the North Korean foreign ministry said in a statement also carried by KCNA.

Both Kim Yong-chol and Kim Kye-gwan have previous experience in denuclearization negotiations.

Kim Kye-gwan was apparently referring to US President Donald Trump’s repeated claims that he averted war with North Korea by holding three meetings with North Korean leader Kim Jong-un and securing a suspension of the regime’s nuclear weapons and long-range missile tests.

The back-to-back statements come as the North Korean leader’s self-imposed end-of-year deadline for negotiations draws near.

Pyongyang has warned that it will seek a “new way” unless Washington comes up with an acceptable proposal by the year-end.

The North has advocated a piecemeal deal under which it would receive sanctions relief and security guarantees in exchange for each denuclearization step.

Trump urged Kim on Sunday to “act quickly” and “get the deal done.”

“I am the only one who can get you where you have to be,” the US president tweeted, adding, “See you soon!”