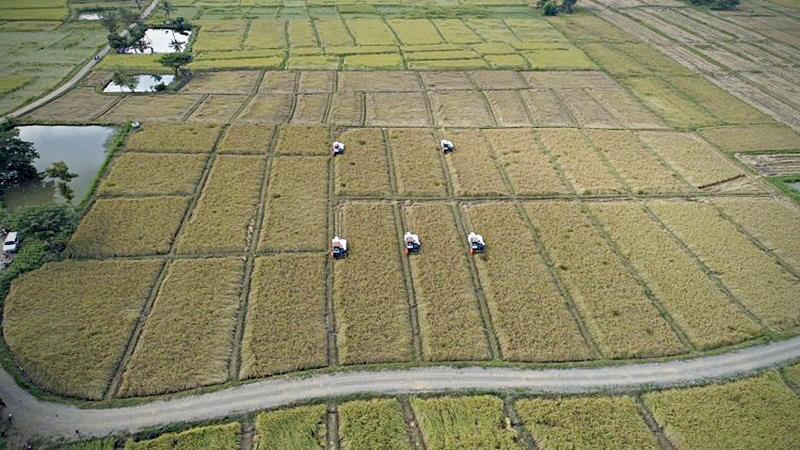 The government gazette official website announced on November 18 the order by the Department of Agriculture (DOA) concerning the procedures for handling hazardous substances type 4, the responsibility for which falls under DOA according to Articles 41, 43 and 52 of the Hazardous Substance Act B.E. 2535 (1992), amended in 2008.

In accordance with the order, paraquat, glyphosate and chlorpyrifos are now considered hazardous substances. The order will officially come into effect on December 1 and anyone who has any of the substances in his/her possession must inform the DOA within 15 days.

The DOA has surveyed the remaining quantity of the substances from retailers, providers, producers and importers and found that as of November 12, 38,855 tonnes of the substances remained, the Department’s director-general Sermsuk Salakphet said.

The three hazardous substances, which have been handed over to the DOA, are prohibited from December 1 although limited quantities can be sold to farmers until that date.

The cost of the elimination of these substances was raised during a meeting held by the Ministry of Agriculture and Cooperatives and DOA reported that in 2018, Akkhie Prakarn was hired to dispose of illegally imported chemical substances for Bt100,000 a ton.

DOA has asked the Pollution Control Department and the Department of Industrial Works which are directly responsible for chemical substance disposal to consider the regulation and methods.

Until now, the Department hasn’t received any response nor put forward any private company to handle the disposal.