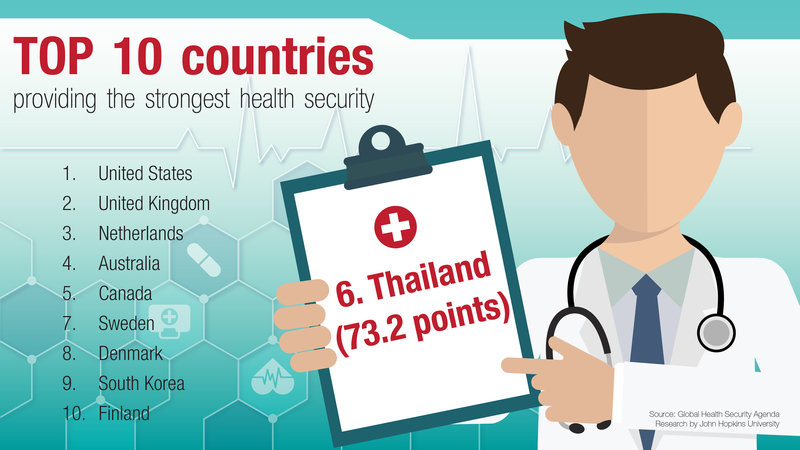 This was announced at the Global Health Security Agenda Steering Group Meeting on November 13 at the office of the Permanent Representation of the Kingdom of Netherlands to the European Union in Brussels, Belgium.

“Thailand is the only developing country ranked among the global top ten, as well the first among Asian countries,” Anutin said.

“We earned 73.2 points out of 100. Thailand can be proud to have a strong system of disease prevention and control that is globally recognised,” he added.